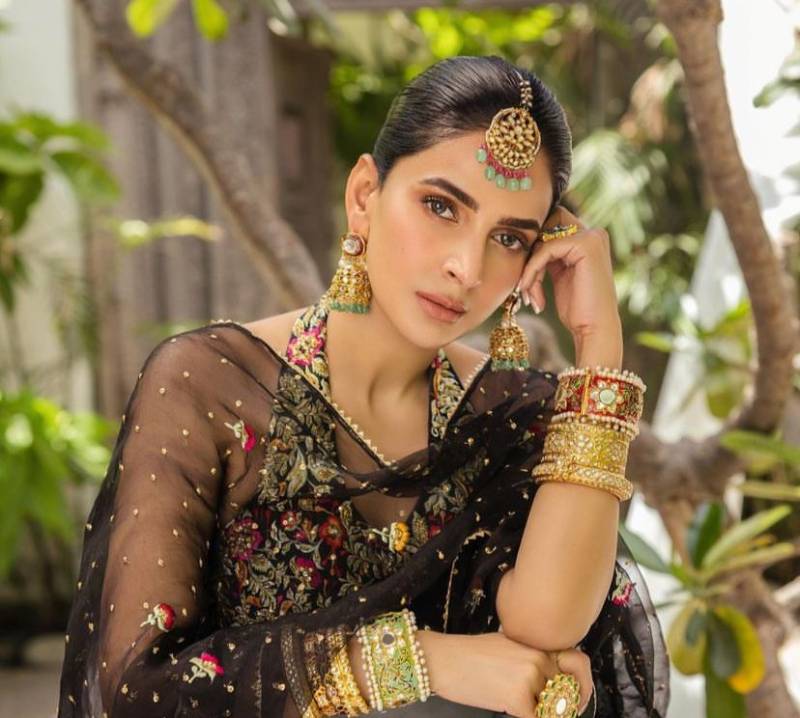 Saba Qamar is the unprecedented queen of celluloid and is a fan and critics’ favourite. The Baaghi star is a talent powerhouse that people love to see onscreen be it in India or Pakistan.

Being an actress par excellence her massive fan following is not confined within borders, Saba's stellar performance in the Irrfan Khan-starrer Hindi Medium was well-received and widely loved but unfortunately, the ban on Pakistani stars hindered the 37-year-old star to work on other projects.

“At the time of Dehli 6, I passed auditions but my mother didn’t allow me to do the films and when I was offered the popular movie Love Aj Kal, I refused it myself as I came in my star attitude, I was stupid, thought that I won’t work as a second lead alongside Deepika Padokone”.

The Cheekh actor also discussed her interaction with the iconic Indian actress Sri Devi. Saba claimed that the late superstar was an extremely gorgeous and decent lady.

Saba Qamar is a talent powerhouse who has bowled the audience with her charismatic performances in films and ...