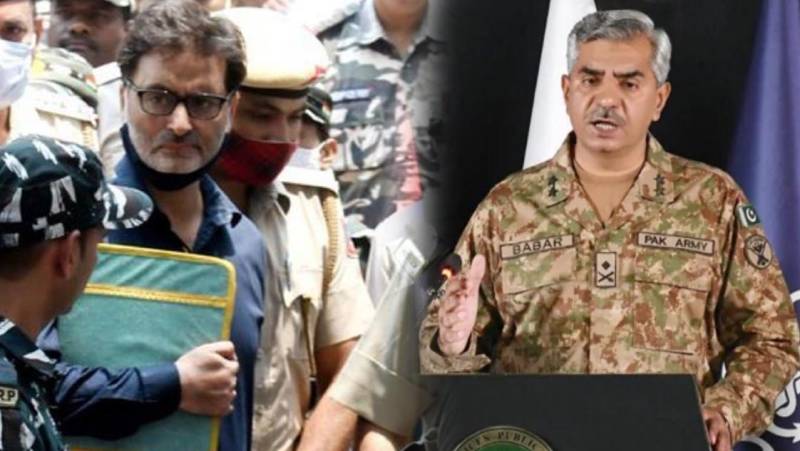 It added that such oppressive tactics cannot dampen the spirit of the people of Kashmir in their just struggle against illegal Indian occupation. Pakistan Army spokesperson also reiterated support to Kashmiris for self-determination as per United Nations resolutions.

Pakistan strongly condemns life sentence awarded to Yasin Malik on fabricated charges. Such oppressive tactics cannot dampen the spirit of people of Kashmir in their just struggle against illegal Indian occupation. We stand with them in quest for self-determination as per UNSCRs

Pakistani PM said New Delhi can imprison Yasin Malik physically but it can never imprison the idea of freedom he symbolises. Life imprisonment for valiant freedom fighter will provide fresh impetus to Kashmiris' right to self-determination," he said on his official Twitter handle.

Meanwhile, Foreign Minister Bilawal Bhutto said India can never silence Kashmiris’ voice for freedom and self-determination. Pakistan stands with Kashmiri brothers and sisters, will continue to provide all possible support in their just struggle,” he wrote on Twitter.

Earlier in the day, an Indian court awarded life imprisonment to noted Kashmiri leader Yasin in a fake terror funding case. Meanwhile, the brave Kashmiri leader had submitted that he would not beg for mercy, and that court could decide at its discretion.

Last week, the Jammu Kashmir Liberation Front leader was convicted by in a false terrorism-related case after he protested against the charges levelled against him. Modi led government falsely levelled charges including sedition, raising funds for the terrorist act, criminal conspiracy, and others.

Pakistan earlier summoned Indian Charge d’ Affaires (Cd’A) and handed over a demarche conveying Pakistan’s strong condemnation on the framing of fabricated charges against Malik, who is currently imprisoned at Tihar jail by the Indian authorities.

New Delhi was also conveyed Islamabad’s deep concern over Malik’s incarceration in Tihar Jail since 2019 under inhuman conditions. The brutal treatment meted out to him despite his chronic ailments and denial of decent health care facilities had resulted in steep decline in his health, he said.

ISLAMABAD – Pakistan has summoned Indian Charge d’ Affaires who was handed over a demarche over framing of ...