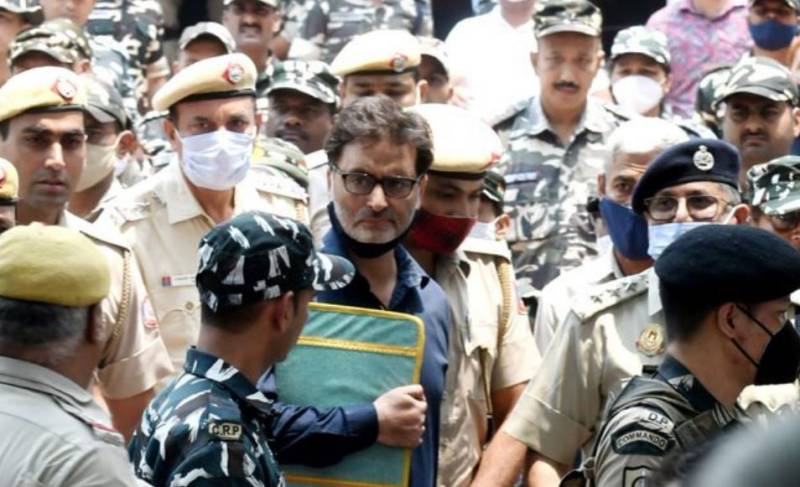 Reports in international media said the Hurriyat leader was falsely charged under the draconian laws. The ailing politician was brought to the Patiala House court in the Indian capital on Wednesday for the sentencing.

Indian officials said its probe into the case established Malik was involved in terror activities and issued calls for protests, roadblocks, and other disruptive activities to push the society into chaos and lawlessness. In 2017, NIA registered the case and has since filed a charge sheet against over a dozen people.

During the trial, the 56-year-old protested the charges and said he called himself a freedom fighter. He said terrorism-related charges levelled against me are concocted, fabricated and politically motivated.

It is to be noted that the Indian top court earlier announced that life imprisonment means that the detained person will be kept in jail for the rest of life.

The ailing activist, who has been languishing in India's Tihar Jail for the last over four years, had told the court earlier that he was not contesting the charges leveled against him.

Malik was detained by Indian forces from his residence in Srinagar in February 2019 and was later shifted to New Delhi’s Tihar Jail.

Modi-led fascist Indian government arrested thousands of Kashmiris including Hurriyat leaders and activists and lodged them in different jails of occupied Kashmir.