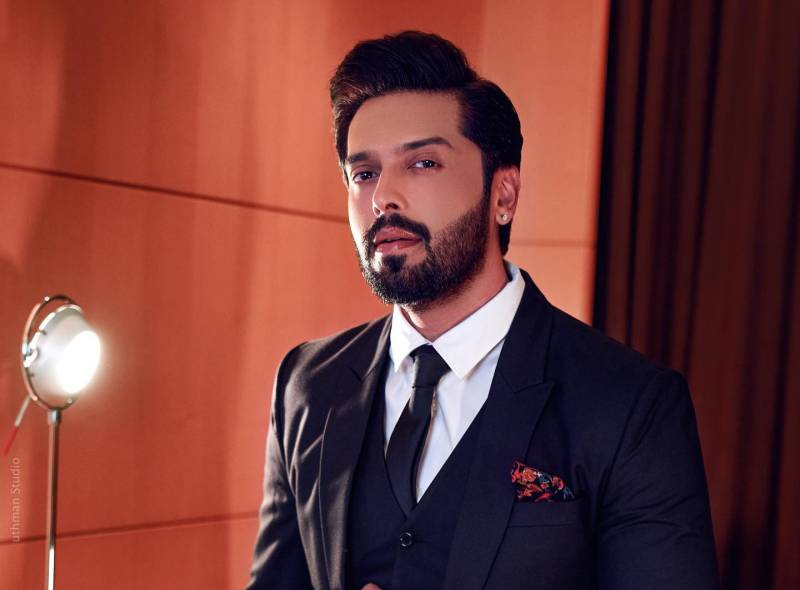 With a career spanning over a decade, Mustafa hasn't been spared by netizens who would school the Actor in Law star for his unusual antics and controversial statements.

Despite his success, the Na Maloom Afraad actor has landed himself in hot waters once again.

For starters, Mustafa was recently honoured with an award in Dubai at the Filmfare Middle East Achievers Night. The Jeeto Pakistan host praised Bollywood megastar Govinda during his acceptance speech and later touched his feet off the stage.

Netizens weren't happy with his gesture and suggested that the Hindu tradition shouldn't have been followed by a prominent Muslim actor with huge influence over his fans.

Although the Pul Sirat actor's action invited public scrutiny, he channelled the same energy at a Pakistani award show recently.

Present at the Lux Style Awards 2022, Mustafa collected Bilal Abbas Khan’s award and touched Rambo’s feet who was presenting it with his wife Sahiba.

Social media users have been disgruntled with Mustafa over such gestures and openly complained about his behaviour.

On the other hand, Rambo was recently seen in The Donkey King, Money Back Guarantee, Pyar Ki FIR and Ghabrana Nahi Hai.