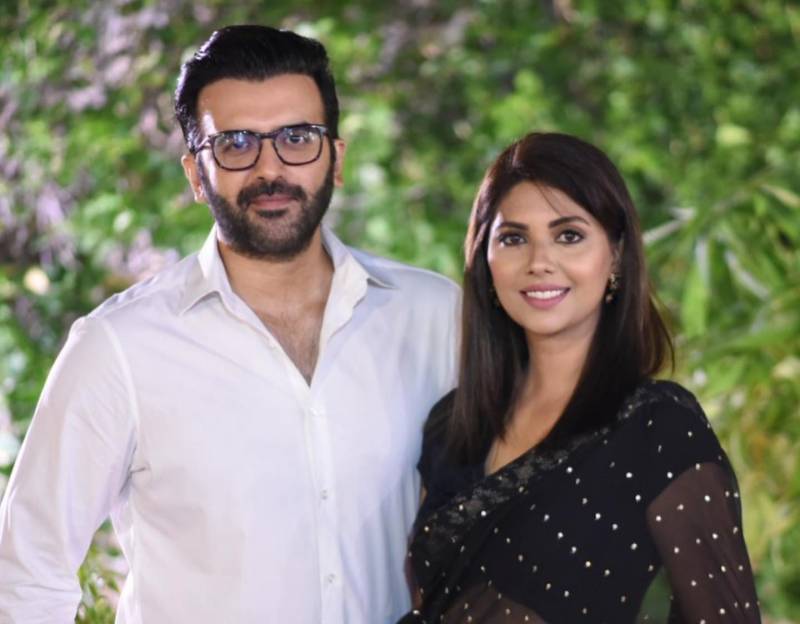 One of the finest Pakistani actors Hassan Ahmed has had his fair share of highs and lows in his career.

The Shab e Zindagi actor's supermodel wife Sunita Marshall recently sat down for an interview to shed light on her relationship with her husband and shared some bittersweet memories. However, things went south and caused trouble in paradise.

Marshall during an interview with Fuchsia Magazine talked about being successful and earning more than her husband in the beginning of their marriage.

The Khuda Aur Muhabbat 3 actress said, “I was doing well already when I got married to Hassan while Hassan was a struggling actor at that time and there was a time when he wasn’t even getting any work. I didn’t help him and he fetched project on his own, he’s MashaAllah doing well on his own."

Disgruntled, Ahmed responded to Marshall’s interview to share his opinion on the interview.

The Hari Hari Churiyaan actor said, “I wanted to talk about the interview, which Sunita Marshall gave to Fuchsia Magazine. Since it’s a public interview, I want to clarify it publicly. My wife Sunita Marshall gave a few opinions, which are her own version of events. Many things are incorrect. Even if they are correct, they should be kept private. A lot of things coincide with my opinion. After seeing that interview, I felt they are taking pity on me which I don’t want. I am a strong man and it is my choice to share my struggles or not.”

Social media users have been divided into polarized opinions where some suggest that Marshall showed support while others opined that Ahmed should have told his story himself.