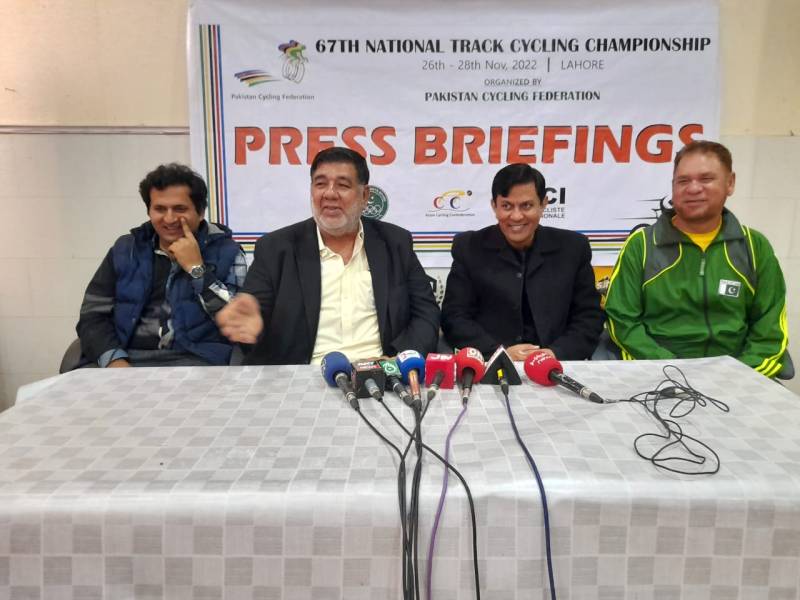 Addressing a press conference along with PCF Secretary Moazzam Khan Klair, PCA President Adnan Ehsan Khan and Secretary Shahzada Butt here on Friday, Pakistan Cycling Federation (PCF) President Syed Azhar Ali Shah said: "The PCF is organizing cycling championships regularly and our teams are regularly participating in the UCI and ACF events. We need proper support and funding to raise cycling standard in Pakistan as other nations are far ahead of us by spending millions of dollars on the promotion of cycling.” He added: "We are like a bunch of flowers in shape our officials, and these flowers will spread fragrance during the event by holding it in a professional manner."

PCF Secretary Moazzam Khan said all the preparations for smooth conduct the event have been completed. “Nine teams will participate in the event including departments, Gilgit-Baltistan, Islamabad and all the four provinces. More than 100 male and female cyclists will feature in this event.

“Promotion of cycling in Pakistan is being applauded by UCI and Asian Cycling Federation and under the dynamic leadership of Syed Azhar Shah, we are committed to do more for Pakistan cycling and take it to new heights.” The chief guest at the opening ceremony will be Governor Punjab.

Punjab Cycling Association President Adnan Ehsan Khan said: “With the efforts of PCF President Syed Azhar Ali Shah, the progress of cycling in Pakistan is being appreciated at international level. As a result of the PCF’s efforts, Pakistani cyclists are representing the country in the World and Asia event.

“This championship will also help us find fresh talent that will be trained and groomed well and these talented players will further excel at international level and win medals and laurels for Pakistan,” he added.