Rabi Pirzada ignites controversy with yet another baffling post 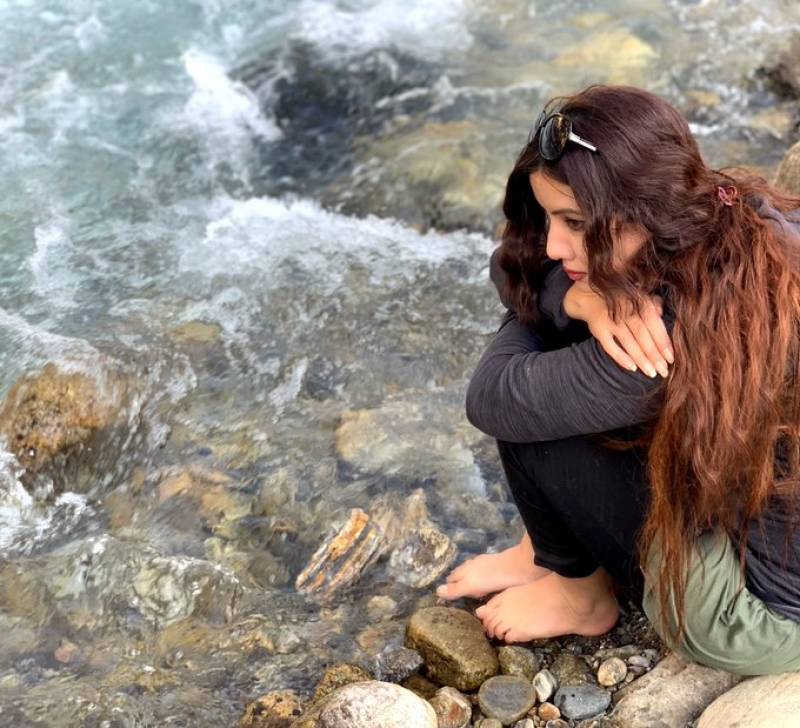 LAHORE - After wearing a suicide jacket and posting a photograph of herself on Twitter , actress and host Rabi Pirzada warned Indian PM Narendra Modi of serious consequences over what he did in Indian-Held Kashmir.

As the photo appeared on Twitter , it attracted huge attention of her fans mostly praising her for her bravery and unique idea to keeping the issue of Occupied Kashmir alive on social media. Her act was like a campaign for Occupied Kashmir on twitter .

The pic with that jacket is from this video,where i showed humanity is above any religion or country.But indian media is too biased n hypocrite to give my negative image,only cause i talk about their brutal curfew in Kashmir. #ModiHitler#kashmirkibetihttps://t.co/1HpTTDRzDv pic.twitter.com/HdG3rOLTyi

However, the outrage also sparked on social media as many users reprimanded the TV star for using the social platform in a very aggressive way, and projecting a bad image of the country to the outside world.

Let's have a look at some of the Twitterati reactions to Rabi's latest video:

Why does Rabi Peerzada even exist?
She made a joke out of us in front of the whole world with her act of stupidity.
Har kisi ko attention chahiye bas.

What on earth sort of horrible tasteless joke is this? Surely this isn’t ispr’s latest celebration of patriotism? Too much even by their standards.

This will certainly blast some backsides Lol 😆

This is not the first time Pirzada invited controversy. Earlier, the Punjab Wildlife Protection & Parks Department took action against Pirzada for keeping wild animals, including four pythons, an alligator and snakes as pets. The department said that she violated the laws.

LAHORE - Pakistani singer Rabi Pirzada was reportedly issued a notice by the court for keeping reptiles at home. ...

The actress’s pictures and videos on social media were aired by a television channel which led the officials to take action against her on legal grounds. Later, a court issued the arrest warrants of Pirzada for keeping wild animals as pets but she failed to appear before the court.