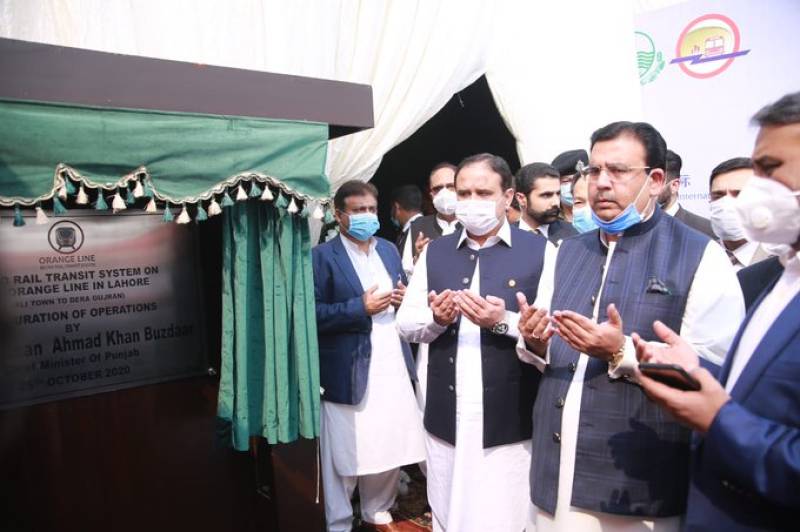 The CM invited Chinese companies and investors to invest in different sectors of the province.

He elaborated that installations and decorations at all 26 stations along 27.1 KM-long track had been completed, adding that automatic machines had been placed at the stations to check and recharge card balance.

Ticket boxes had also been made for those who do not possess cards, he said.

He said the Pakistan Tehreek-e-Insaf (PTI) government had set a new example by successfully completing the projects of previous government. He added that no development project would be politically victimized during present government tenure. He said that billions of public money had been saved by ensuring transparent tendering process of the OLMT.

The CM mentioned that the Punjab government was giving subsidy of billion of rupees annually to run the orange line train despite the current economic situation and limited resources.

It will complete 27 kilometers of distance from Ali Town to Dera Gujran in 45 minutes.

With the launch of Orange Line, it is estimated that nearly 250,000 passengers will be facilitated with this service every day and the commuting time through the northern and southern urban areas of the city will be significantly reduced from 2.5 hours to 45 minutes.

It will pass through the congested areas of the city where more than 250,000 passengers will travel on a daily basis through this facility.