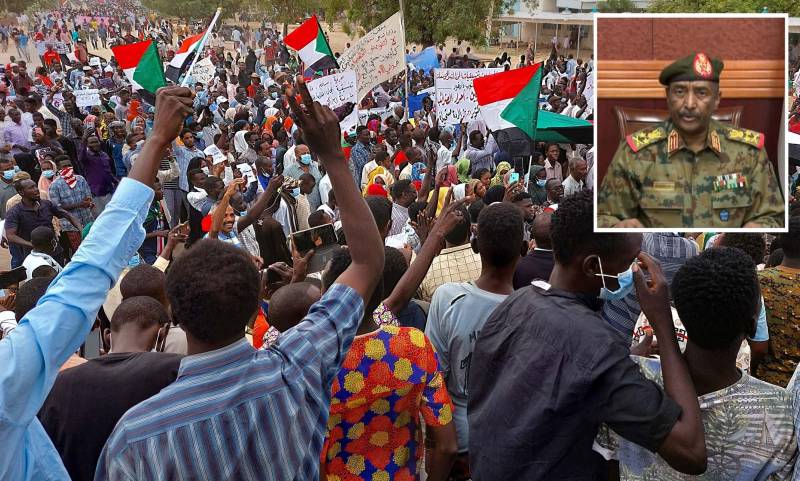 A new technocratic government would lead the country of 44 million to general polls. He set the date for elections at July 2023. Burhan claimed political unrest among factions prompted the military takeover while he also suspended the national anti-corruption task force.

#Sudan 🇸🇩: hundreds of people are out in al-Kalakla suburb in SW #Khartoum to protest the military coup. #SudanCoup#لا_للانقلاب_العسكري

In response, thousands flooded the streets of the capital, Khartoum, and its twin city of Omdurman to protest the apparent military takeover.

The information ministry of Sudan has termed the current arrests as a coup while masses flocked to the streets of the capital to protest the takeover.

Sudan's premier was arrested after the 65-year-old and pro-government party leaders refused to support the coup, per reports. He was moved to an undisclosed location, after initial reports of him being put under house arrest.

Internet services were also snapped in the parts of the African country as troops stormed the state broadcaster.

Meanwhile, reports in international media said the Khartoum International Airport had been cordoned off by the army while airlines suspended operations to the capital.

The North African state was on edge since a failed coup plot last month unleashed bitter recriminations between civil and military leaders meant to be sharing power following the ouster of former leader Omar al Bashir.

Amid the unrest, a coalition of rebels and political parties aligned themselves with the army.

ISLAMABAD – On this day 22 years ago, Pakistan witnessed a military coup which ousted the PML-N government. The ...