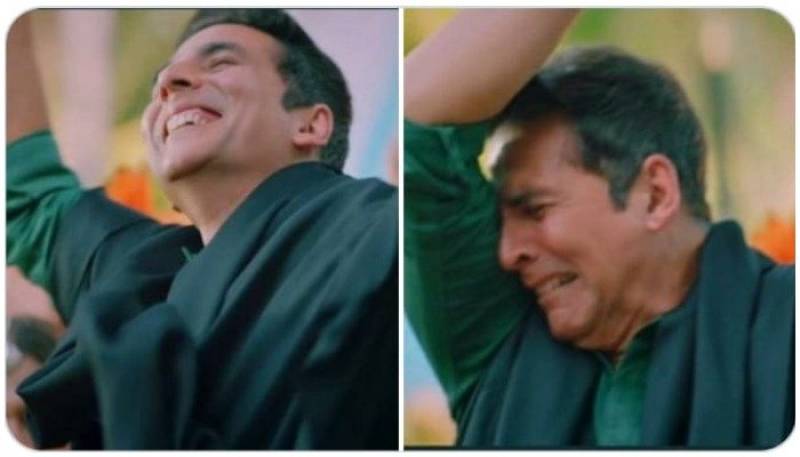 Pakistan's cricket team had an incredible triumph against India during the T20 World Cup which has left cricket fans across the globe all hyped up in admiration.

The Men in Green successfully turned a new page in the Pakistan-India cricket rivalry. Eversince the memorable match, a barrage of celebratory memes have flooded the internet.

Among the hilarious ones, Bollywood superstar Akshay Kumar seems to be the butt of the jokes. The actor was spotted cheering for team India from Dubai.

The 54-year-old's presence at the stands got tongues wagging as the Holiday actor’s feelings changed significantly as Pakistan’s victory seemed apparent.

Sparking a meme fest, cricket buffs took to Twitter to poke fun at the superstar and needless to say, some of the tweets were utterly humorous.

Akshay Kumar at the start of the match vs now pic.twitter.com/GBG4xYfjHR

Me watching Akshay Kumar laughing at Shaheen’s mistake from the stands: pic.twitter.com/Ro5XP8tdNq

if rona inside and enjoying outside had a face pic.twitter.com/nCuJzoqluQ

Akshay Kumar running out of the stadium pic.twitter.com/BlpQ34l2BO

As per the rumours, Akshay Kumar left the match midway as India started to lose against Pakistan on Sunday, after making tall claims in the beginning.

Pakistan's cricket team had an unbelievable triumph against India during the T20 World Cup which has left the cricket ...