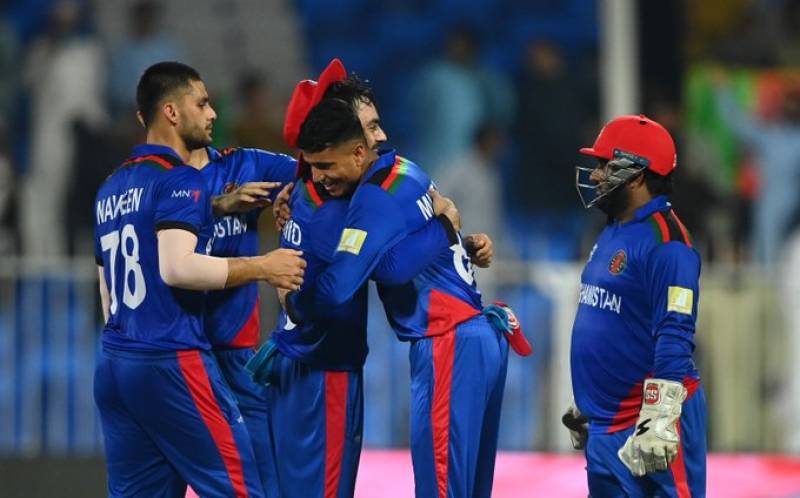 SHARJAH – Afghanistan defeated Scotland by 130 runs in the Super-12 campaign at Sharjah Cricket Stadium on Monday.

Batting first after winning the toss, Afghanistan scored 190 runs for the loss of 4 wickets in allotted 20 overs.

Afghanistan have won the toss and opted to bat 🏏

Scottish men have played three games in the first round of the tournament and clinched all three. Kyle Coetzer led the team finished at the number one position in Group B.

Calum MacLeod agreed that three world-class spinners in their ranks while playing XI from the war-ravaged Afghanistan are short on practice but not on determination, and talent.

Scotland never won a T20 international against Afghanistan in six attempts, but they are in good spirits after defeating Bangladesh in the Group stage. Scotland had different players standing up to be counted. The biggest change for them will be to adjust to the surfaces of Sharjah since they have played all their games in Oman so far.

Meanwhile, the nabi-led side hasn’t had much preparation in the lead-up to the tournament however, they were emphatic in their warm-up against Windies.