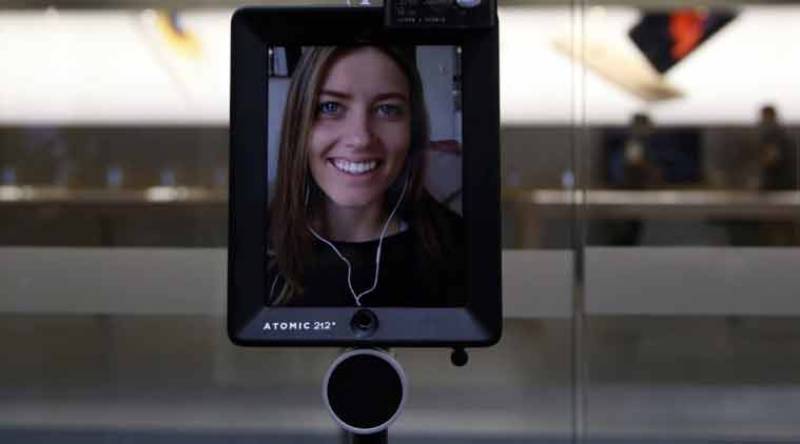 SYDNEY (Web Desk) – An Australian woman decided to dispatch a 'robot' to do the queueing for the release Friday of Apple's new device in Sydney.

Lucy Kelly, 22, was the face and voice of the unusual-looking device - an iPad attached to a remote-controlled Segway-style scooter - which she parked outside the store 27 hours before the iPhone 6s and 6s Plus went on sale. 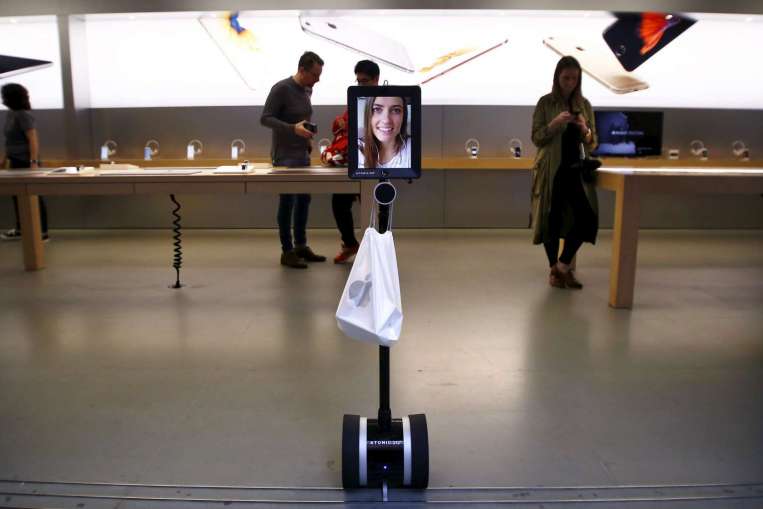 "It's a clear demonstration of the future and what's coming," Kelly told the local media after becoming one of the first owners of one of each of the new phones.

The device waited with other Apple fans until doors opened at 8:00am on Friday and was one of the first inside before being taken upstairs - via a lift in its case - to make Kelly's purchases.

Kelly, whose face appeared on the iPad screen, was able to speak to Apple staff and give her permission to use the credit card she had stuck to her small scooter. 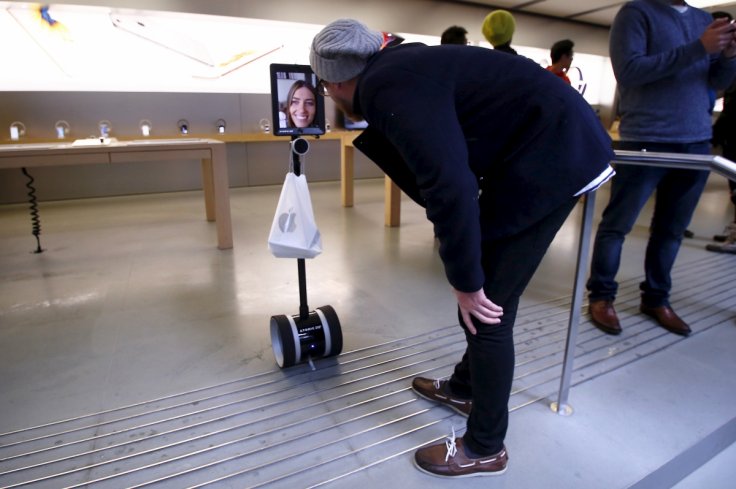 The marketing manager said the idea came about as she was lamenting to her boss that she couldn't be in two places at once - spending two days in the queue as well as being at work.

Between them they hatched a plan to use the 'robot', which colleagues checked on from time to time.

Once payment was made, the Apple staff "just put my iPhones in a bag for me and hung it on my microphone", she added.

Kelly then remotely wheeled her device out of the store and through Sydney's city centre where some of her colleagues were able to collect her phones for her.

Kelly's robot helper was one of hundreds queueing for a new phone in Sydney, despite wet and windy weather. 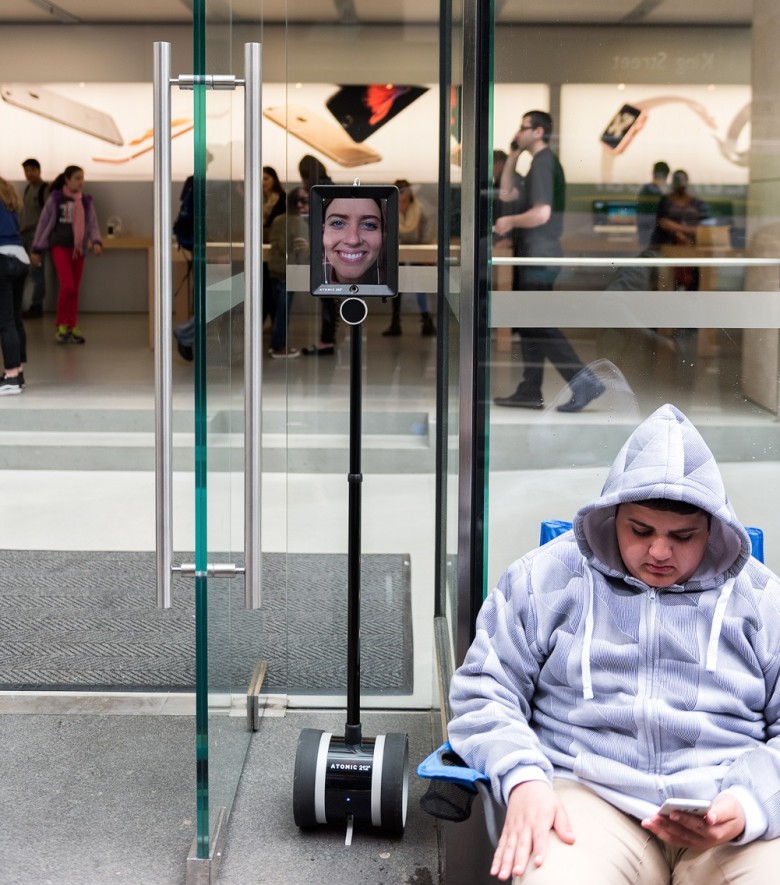 "The people in line were so fabulous," said Kelly who had been able to chat with them via the iPad.

Australia was one of the first markets in the global rollout of iPhones on Friday, which also included Hong Kong, Japan, and China.