UN spokesman for Nawaz-Modi meeting, restoration of dialogue between Pakistan and India 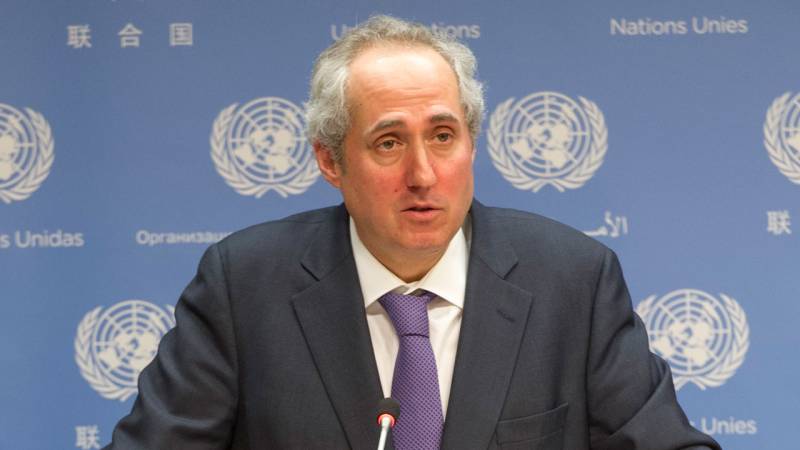 While answering a question at regular press briefing he went on to say that United Nations Secretary General Ban Ki-moon has always urged the leaders of Pakistan and India to meet and resolve their outstanding problems through dialogue.

He further said the General Assembly session provides an occasion for leaders to talk to each other and sort out their issues.

It is also pertinent to be mentioned here that no Nawaz-Modi has been scheduled during the ongoing UNGA session so far. Diplomatic spokespersons of both countries have ruled chances of any meeting between both leaders in New York.