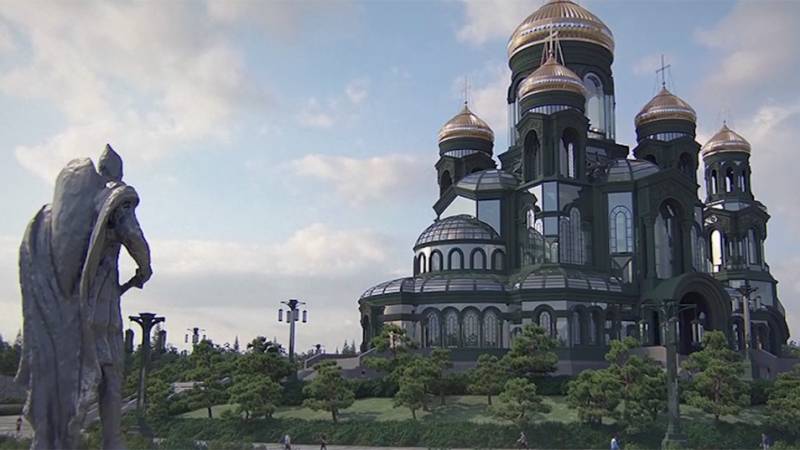 The church will become a spiritual and educational hub for troops, Orthodox priests and citizens of Russia. The new facility will feature an exposition dedicated to the history of setting up the Russian state and the armed forces.

The compound will be built on the territory of Military-Patriotic Park,  Kubinka -  a place tucked around an hour’s drive from the Russian capital of Moscow.

The church will be 95-meter high (including the cross), while the total square of the building is 10,950 sq. m; about 6,000 people would be able to perform religious rituals at a time within the building.

The cathedral will have multiple altars, the central of which will be dedicated to the main Christian feast, resurrection, while the others would be dedicated to heavenly protectors of different kinds of the Military forces.