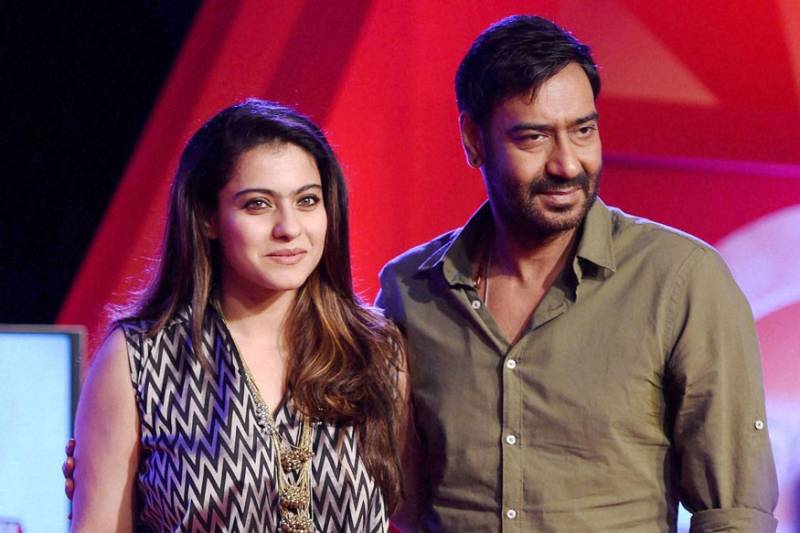 MUMBAI -  Bollywood actor Ajay Devgn, who is all set to start the shoot of his upcoming period drama Taanaji shared his wife Kajol’s phone number in a Twitter post on Monday.

The tweet naturally went viral and people began to share screenshots of their messages to the Bollywood actress.

After the Ishq star had disclosed his wife number, the social media users started reacting to it and the star faced massive trolling. Let's go through some of the reactions by the people: 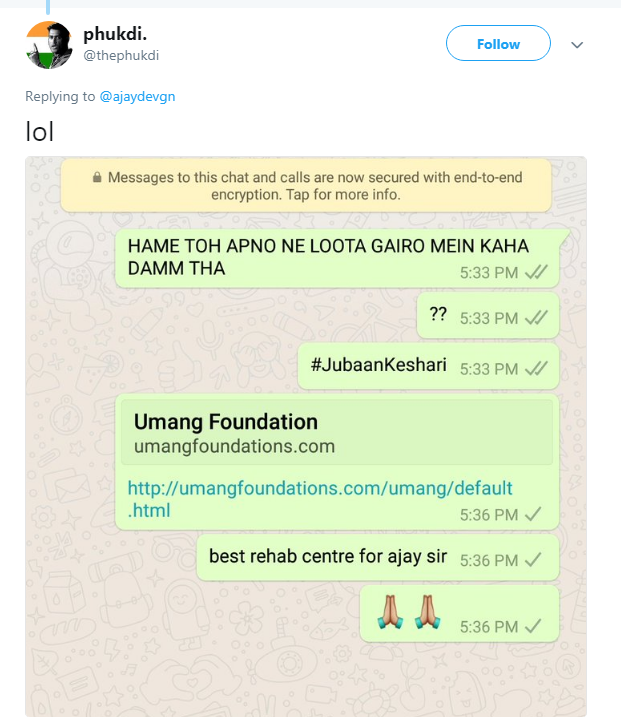 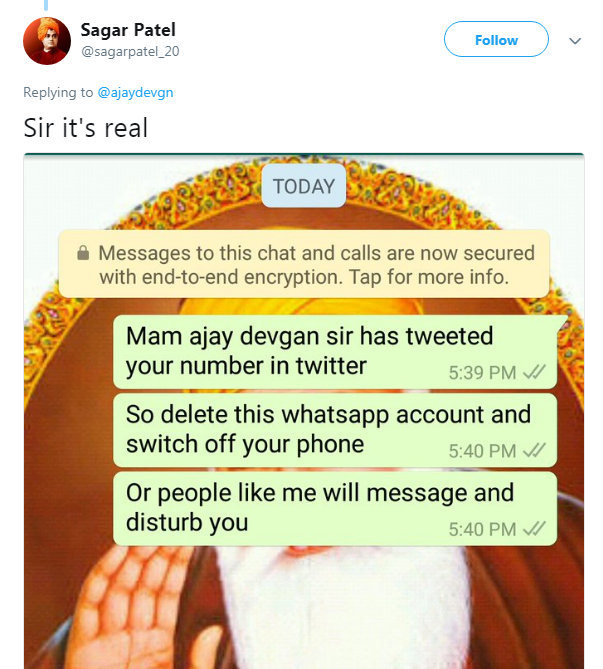 However, it was not a mistake by Ajay as the star a few hours later,  returned to Twitter to announce that sharing Kajol’s number on Twitter was a prank on his part.

“Pranks on a film set are so passé… so tried pulling one on you guys here,” he wrote in his tweet.

Pranks on film set are so passé… so tried pulling one on you guys here.. 😂 😜 @KajolAtUN https://t.co/SpQzsfhlAB

Meanwhile, Kajol has been on a promotional spree for her upcoming film Helicopter Eela. The comedy-drama, on mother-son relationship, is a commentary on helicopter parenting, possessive mothers and teenagers struggling for personal space. It is set to release on October 12.