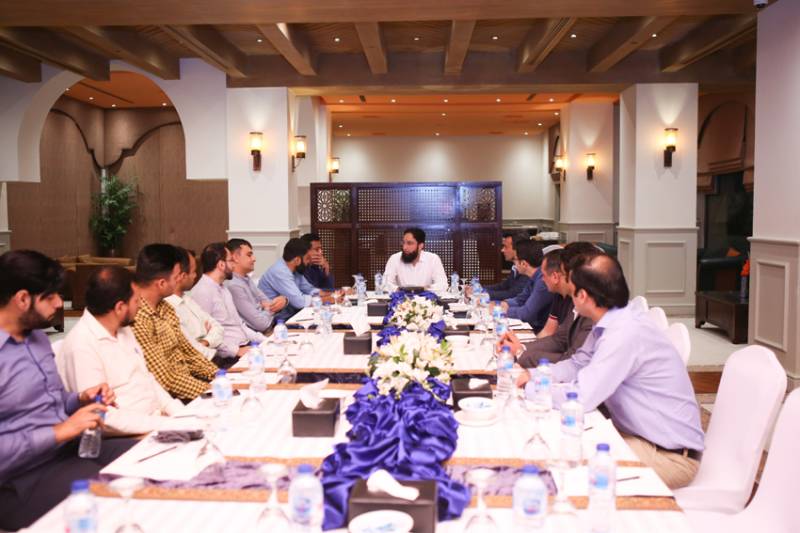 The initiative is to bring the business community and FBR on the same page regarding the structural problems and reach a conclusive solution that will help businesses minimize losses and transition smoothly, says a press release issued by the organisation.

Muhammad Asif Khushnood, the founder of the SPF and Marketing Head of Parazelsus Pakistan said, “we saw active participation from the sales community and have received positive feedback regarding the issues. We’ll now be holding events in Islamabad, Multan, and Faisalabad and will approach the FBR with a concrete plan. Pakistan Trade and Distribution Associations will also be in attendance in our upcoming sessions and we’ll try to bring our traders, retailers, sales and distribution stakeholders on the same page so we can all pitch in our suggestions for a conclusive, ubiquitous solution".

We have seen a wave of ambiguity and a lack of trust amongst our distributors and shopkeepers. Some of their biggest concerns right now are the lack of information and structure that has proceeded the bill. Shopkeepers don’t know what tax implications will follow post-CNIC registrations. Any formal process for registration is missing forcing distributors to use different techniques to incentivize retailers. And most importantly, most retailers want a trade ID to be used for invoicing. "We are going to try and bring in as many points of view as we can so when we sit down for talks with FBR in the 2nd week of October, we not only have the complete overview, but we also provide a solution that is practical and unopposable, ” Khushnood added.

The financial bill 2019 has brought in new regulations for the b2b sales and distribution industry in Pakistan. The move is a part of government reforms aimed toward the proper collection of taxes and documentation of the economy.

The bill has been received with speculation, resistance and defiance. Trade organizations, distributors, and shopkeepers have been vocal against the bill and have taken to roads to register their protests.

Shopkeepers and wholesalers are refusing to give out their CNICs to distributors. The resistance is majorly coming from the small shops that make the bulk of the business. Companies are grappling with these new regulations and have taken a loss of 25-30% in volumes and 60-70% in coverages since the release of the new bill. The government set an initial transition period for the process to take place but with limited resources, lack of structure and no formal body to overlook everything, the sales community is currently facing a lot of uncertainty and chaos.

For the past few months negotiations have gone on between FBR, government representatives and trade bodies but the discussions have always ended in further aggravation on both sides.

As Pakistan’s first and biggest sales platform, Sales Professional Forum is holding discussions all over Pakistan in an attempt to resolve the CNIC issue that has the whole business community within its hold. The step is being taken to make sure the promulgation of the bill is as smooth as possible.

The first discussion kicked off in Karachi on 5th September, while the second was held in Lahore on 13th September 2019. The sessions proved quite productive and were attended by prominent personalities from Nestle, Shan Foods, Unilever, National Foods, Shell Pakistan, Abbott and many others.

The major points discussed in the sessions are as follows:

• FBR needs to provide clarification regarding tax laws because shopkeepers fear there will be new tax implications once they submit their CNICs to one or all distributors.

• The need for transparency. Shopkeepers are distrustful because of the lack of transparency that involves their documents. Until, we can create a concrete system of proof for the shopkeepers over submission of documents, invoice trails, and other cycles, the reservations will remain.

• There is no process in place for distributors. Distributors are currently utilizing different kinds of techniques to incentivize retailers to get on board with registration. Some of these are working, others not. FBR needs to establish a clear cut process that will not burden the distributors and will allow for a smoother registration process.

• We need to find a solution for the loopholes currently being exploited. Some distributors are passing contracts to sub-distributors who operate under the radar and do not follow protocol. This means while the distributor has legalized his transaction, the sub-distributors work under the law and are neither sales tax registered nor collecting CNICs for invoices. This further hampers our economy and increases resistance against the movement.

• Wholesalers have a lot of influence with retailers. And because many of them are resistant to the CNIC idea, most small shopkeepers are following their example, further resisting the call for registration, despite talks and incentives.

• We need to follow in the footsteps of the telecom and banking industry because their method of conversion and registration is a tried-and-tested one.

The next discussion will be held in Multan on Thursday (tomorrow).