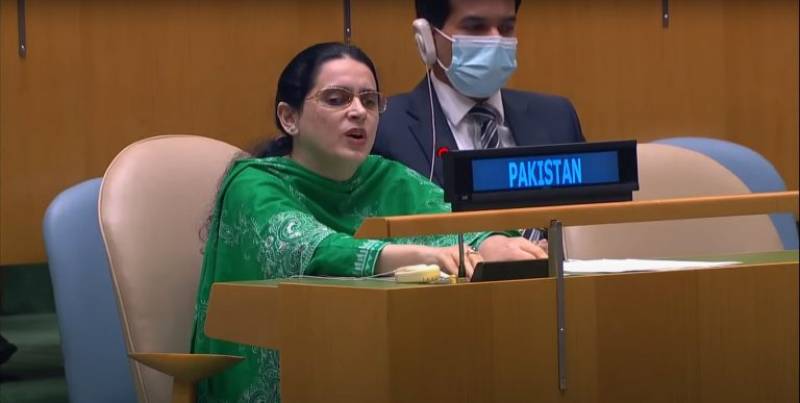 ISLAMABAD – Pakistan has firmly rejected a claim made by India at the UN General Assembly that Jammu and Kashmir is its integral part and internal matter.

Reacting to the Indian claim, Pakistani delegate Saima Saleem said Kashmir is an internationally recognized disputed territory. “Jammu and Kashmir neither is a so-called “integral” part of India, nor is it India’s internal matter,” she said.

She said India remains in occupation of an internationally recognized disputed territory whose final disposition needs to be decided in accordance with the democratic principle of a free and impartial plebiscite under UN auspices, as provided for under numerous resolutions of the Security Council.

In a hard-hitting statement made in exercise of her right of reply, Saima Saleem said India’s use of the canard of terrorism, regurgitating stale arguments are typical of all occupiers.

She said, “We call upon the international community to take cognizance of the compelling evidence and hold India accountable for the heinous crimes”.

NEW YORK – Prime Minister Imran Khan Friday called for efforts to stabilize the new Afghan setup as it is the ...