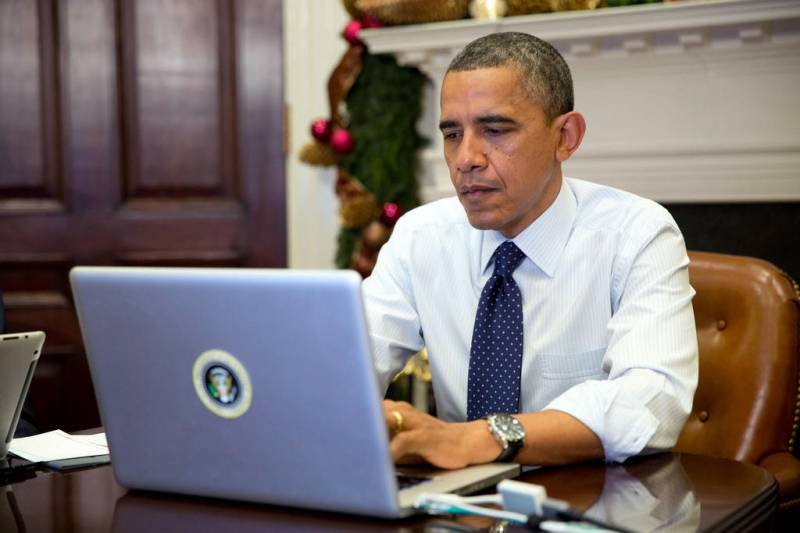 It said the breach was far more intrusive than previously admitted.

Officials have conceded that sensitive information was in the unclassified system the hackers accessed.

The discovery of the hacking in October led to a partial shutdown of the White House email system.

"The hackers, who also got deeply into the State Department's unclassified system, do not appear to have penetrated closely guarded servers that control the message traffic from Mr Obama's BlackBerry, which he or an aide carries constantly," the New York Times said.

"But they obtained access to the email archives of people inside the White House, and perhaps some outside, with whom Mr Obama regularly communicated. From those accounts, they reached emails that the president had sent and received."

The paper quoted White House officials as saying that no classified networks were compromised, and that the hackers accessed no classified information.

Many senior officials have two computers in their offices, one which works on a highly secure classified network and another for unclassified communications, the paper said.

But it said that officials have conceded that the unclassified system often contains information that is considered highly sensitive, including schedules, email exchanges with ambassadors and diplomats, debate about policy and forthcoming personnel deployments and legislation.