Patients suffer as chemists observe shutter down strike across Punjab 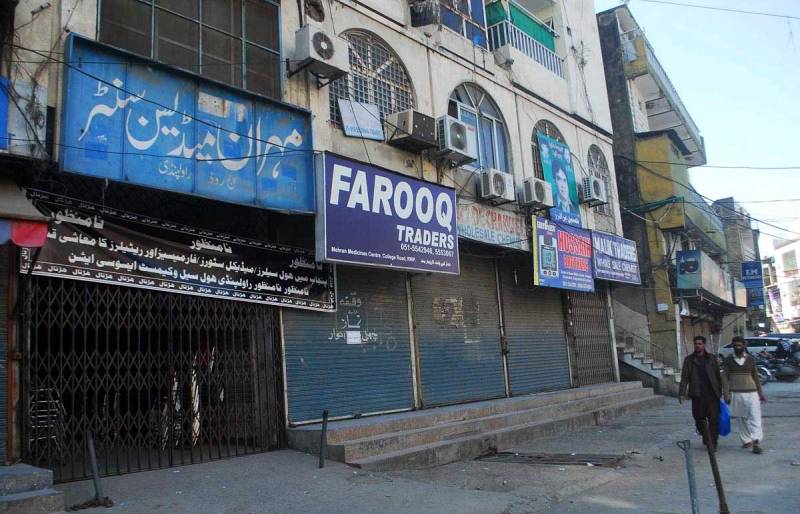 LAHORE - All Pakistan Chemist Association is observing a shutter down strike across Punjab today (Thursday) against the Drug Act 2017, leaving the patients in the lurch.

Scores of medical stores have been closed in Multan, Faisalabad, Lahore, Rawalpindi, Vehari, Sadiqabad, Narowal, Chishtian, Kasur, Sialkot and other cities while another group of the association has announced not to observe the strike.

In Punjab's capital city, the druggists are majorly joining the protest, a vindication of which is the closure of stores outside Services and Mayo Hospital.

The chemist association demands to restore Drug Act 1976 and has announced protest outside Lahore Press Club at 12 noon.

The association of chemists argues that the Drug act was too harsh as it could put Quality Assurance in charge, Quality Control Manager and Plant manager for 6 months to 5 years behind bars over manufacturing of substandard drugs.

Moreover, under the law, a staggering fine of 1 crore to 5 crore can also be imposed.

In Punjab Drug Act 2017, the clause defining a sub-standard drug was included but the definition of spurious drugs was not reverted back to original, as highlighted in Drug Act 1976.