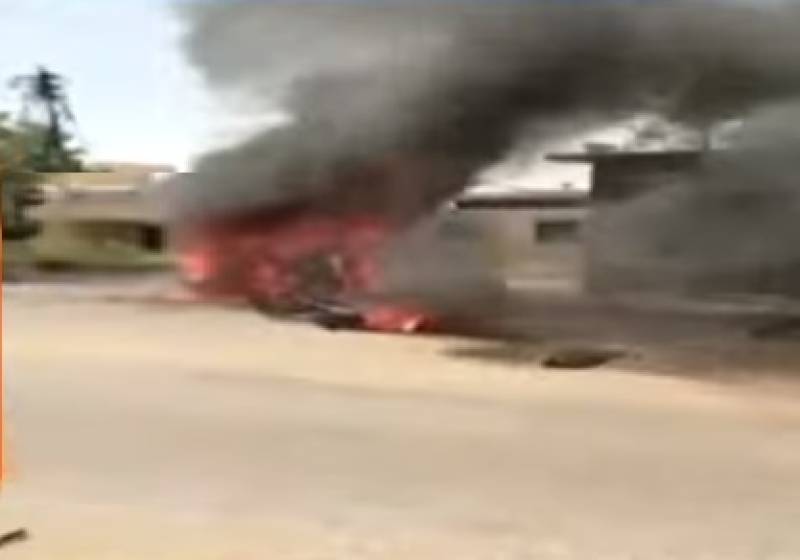 KARACHI – At least four people including three Chinese nationals were killed and several others sustained injuries in a car explosion at the University of Karachi on Tuesday.

Police said that there were seven to eight people in the van; however, an exact number of casualties has yet to be reported.

The blast took place at 1:52pm in a van near Confucius Institute — a Chinese language teaching centre — at Karachi University. Rescue and security agencies reached the site and cordoned off the area.

The blast was initially reported to have been caused by a gas cylinder; however, the police haven’t confirmed or denied any information over the nature of the blast.

According to the initial investigation, Karachi Police Chief Ghulam Nabi Memon, said a burqa-clad woman may be involved in the ‘suicide blast’.

However, East Deputy Inspector General of Police (DIG) Muqaddas Haider told the media that nothing could be said at the moment. Meanwhile, the Gulshan Superintendent of Police (SP) said that an investigation is being conducted on whether the blast was a terrorist act or an accident.

The bomb disposal squad has been called at the site. The deceased and the injured have been shifted to a nearby hospital, where the condition of three of the injured is said to be critical.

Sindh Chief Minister Murad Ali Shah took notice of the incident and sought a detailed report from the Karachi commissioner. He also directed the East deputy commissioner (DC) and SP east to reach the site.