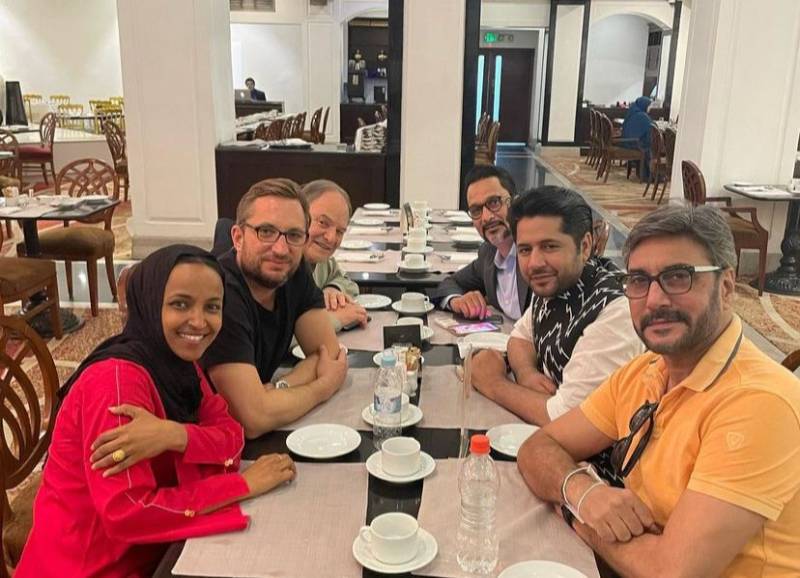 Pakistani superstar Adnan Siqqidui has been on a hectic schedule as he has been promoting his upcoming film Dum Mastam, which stars Amar Khan and Imran Ashraf in the lead roles.

This time around, the Yeh Dil Mera actor was spotted alongside US Congresswoman Ilhan Omar as they all enjoyed with ‘Dum Mastam’ team.

Taking to Instagram, the Mom actor shared a picture with the US Congresswoman who joined him, his film’s team and the Ranjha Ranjha Kardi actor during her recent visit to Pakistan.

“Had a wonderful conversation on several thoughtful topics, including geopolitics, entertainment, culture and food with the amazing Ilhan Omar, the first Somali-American and one of the first two Muslim women in the US House,” he wrote.

Moreover, Siddiqui also invited Omar to the US premiere of his upcoming production Dum Mastam next month, which stars Imran Ashraf alongside Amar Khan.

The upcoming film is directed by maestro Ehteshamuddin and penned by Amar Khan. Produced by Adnan Siddiqui and Akhtar Hasnain for Cereal Entertainment, and distributed by HUM Films, Dum Mastam will release on Eid ul Fitr 2022.

The upcoming Eid film Dum Mastam's much-awaited trailer has been finally released and needless to say, the expectations ...