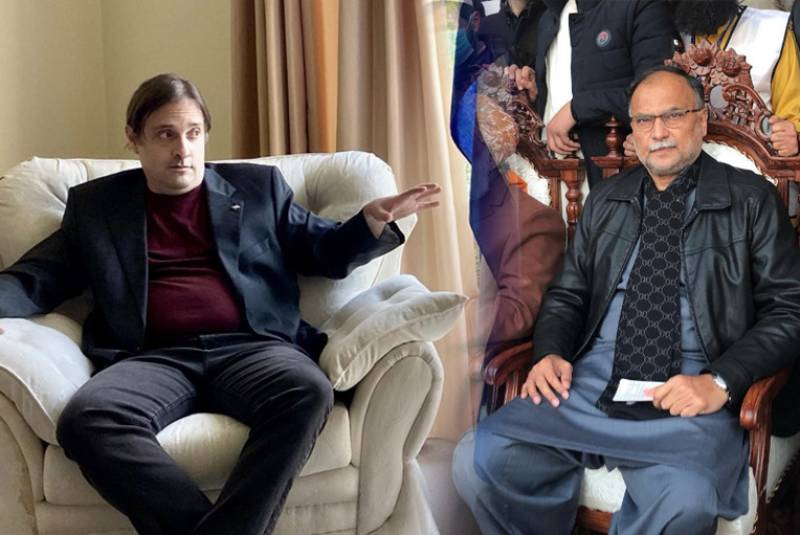 ISLAMABAD – Cuban ambassador to Pakistan Zener Caro has called out newly-appointed Planning Minister Ahsan Iqbal for his "disrespectful" remarks about the island nation, urging the PML-N leader to explain his position on social media.

It all started when Iqbal said that Pakistan aimed to become a strong economy and not end up like “Cuba and North Korea”. He continued, "We have to follow countries like Malaysia, Turkey, China, and South Korea for development."

Following his controversial remarks, Cuban Ambassador to Pakistan Zener Caro took to Twitter where he expressed his dismay. “Fortunately, Minister Ahsan Iqbal’s disrespectful mention of Cuba in his press conference in Lahore does not represent and has nothing to do with Pakistanis’ true respect and deep affection for Cuba,” he wrote on the social media platform.

The planning minister shortly responded to Caro, saying his remarks were “only in the context of foreign policy”. He maintained "we have deep respect for the people of Cuba and deep affectionate relations with Cuba".

Excellency! We have deep respect for the people of Cuba & our deep affectionate relations with Cuba. We can’t forget how Cuban doctors played heroic role in after math of 2005 earthquake in Pakistan. My remarks were only in the context of foreign policy.@ZenerCaro https://t.co/4GVQiqdVPY

Despite the clarification on his remarks, Shery Rehman, Zartaj Gul and other politicians lambasted the PML-N leader for portraying a 'negative' image of the South Asian country.

We Pakistanis have a lot of respect for Cuba. I can never forget the role of your huge number of medics and doctors in the wake of 2005 earthquake 🙏

Ahsan Iqbal's ignorance or desperate desire to please his US regime change conspiracy masters has now led him to demean Cuba by saying he doesn't want Pak to become like Cuba! We would fare a lot better if we had Cuba's nationalist commitment to stand up against US bullying.

Really sorry to see this disrespectful comment by the new minister. Pakistanis have huge respect for Cuba and we are grateful for unparalleled medical support to Pakistan after devastating 2005 earthquake 🇵🇰🤝🇨🇺

The Cuban people were caught in a war they didn't want/deserve because of other world powers. As an American I deeply apologize to you & your country.