Watch - Trailer of 'Dum Mastam’ is out now 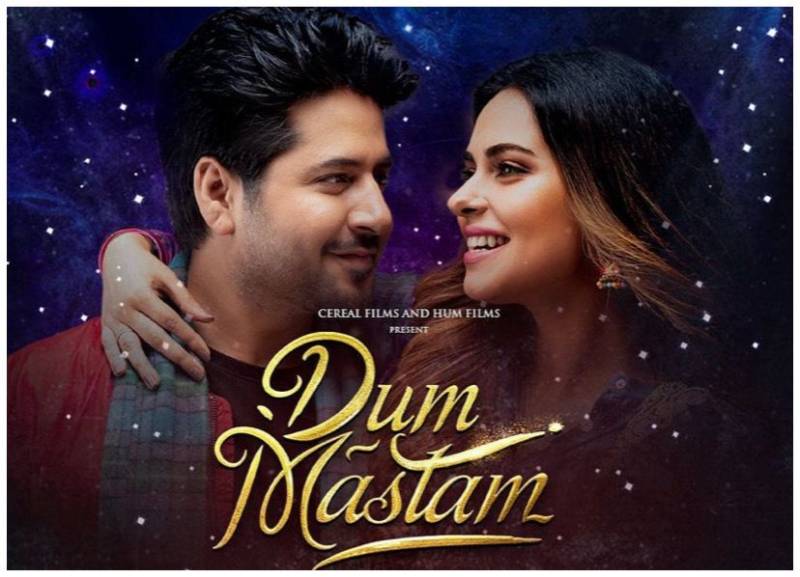 The upcoming Eid film Dum Mastam's much-awaited trailer has been finally released and needless to say, the expectations from Imran Ashraf and Amar Khan's starrer have skyrocketed.

Delving straight into the spectacular trailer, Dum Mastam promises a colourful saga with unforgettable romance spiced up drama and karmic shift, a handful of groovy dance numbers and the perfect Punjabi humour.

The upcoming film is directed by maestro Ehteshamuddin and penned by Amar Khan. Set against the backdrop of old Lahore, the fast-paced trailer gives a dive into the life of Aliya and Bao, played by Amar and Imran and takes the audience on a rollercoaster ride of the duo's dreams and setbacks

Moreover, the trailer of Dum Mastam was released in a star-studded ceremony with a plethora of celebrities in attendance including Humayun Saeed, Imran Ashraf, Amar Khan, Bilal Ashraf, Adnan Siddiqui, Ushna Shah and many more.

Produced by Adnan Siddiqui and Akhtar Hasnain for Cereal Entertainment, and distributed by HUM Films, Dum Mastam will release on Eid ul Fitr 2022.

Pakistani actor Mohib Mirza and Sanam Saeed's upcoming film 'Ishrat Made in China' is all set to release in cinemas and ...