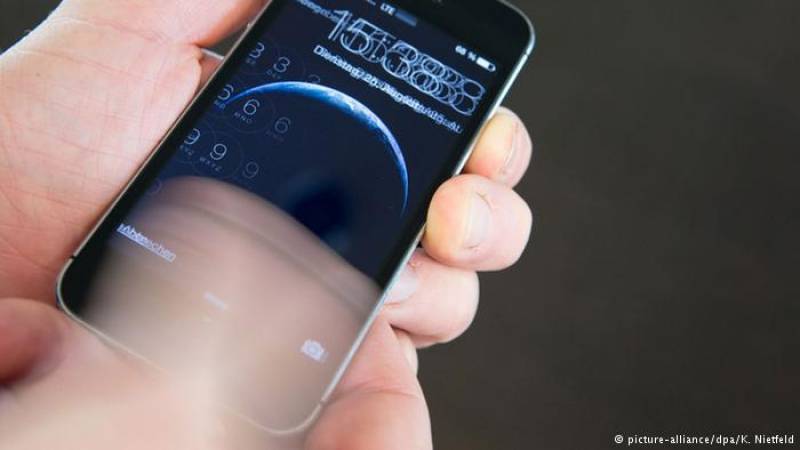 BERLIN (Web Desk) - The German Federal Court of Justice has canceled Apple's patent for the swipe movement to unlock iPhones and iPads. The court said the patent in question was not a new invention.

Judges in the Federal Court of Justice in Karlsruhe said Apple's European patent, which was applied for in 2006 and awarded in 2010, is not new and that a mobile phone from a Swedish company already displayed these characteristics before Apple's devices did. DW reported.

The Karlsruhe court thus maintained a decision passed by the German patents court, which Apple had pleaded against, declaring the European patent void within Germany. The German Federal Court is the country's highest authority which rules on patents cases.

Apple's devices have a graphic manual for unlocking the phone which shows a finger movement in a predetermined pattern on the screen. But this feature was not innovative enough to qualify as an invention, the patents court said. An imitation of the scrolling bar on the display was also not a technical advancement, but a graphic feature to make usage easy, judges ruled.

Apple and rival manufacturers have been embroiled in various patent suits and countersuits since 2009. At the time, Apple co-founder Steve Jobs thought that design and operation features on iPhones were being copied, he decided to lodge a complaint against Samsung and Motorola. Both companies, which use Android operating systems for their smartphones and tablets, filed counter-complaints against Apple's patent. Samsung and Apple have meanwhile dropped their non-US lawsuits.

The conflict between the international smartphone giants took global proportions, with more than a dozen complaints filed in different countries. Until now, Apple has been unable to stop any phone using Android from coming onto the market.

Experts believe that the German Federal Court of Justice's decision is a reflection of the worldwide trend to distribute patents only for genuine technological innovations. This could have an impact on the IT industry, where companies often seek patents for well-designed user interfaces rather than new inventions.