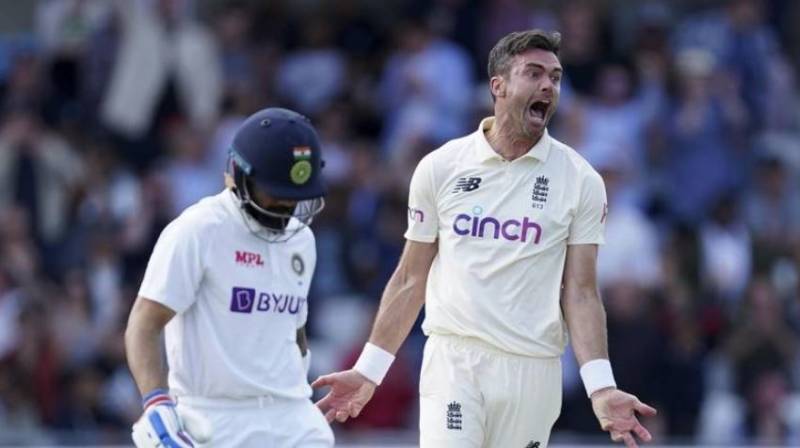 HEADINGLEY – Virat Kohli-led India collapsed to 78 all out after winning the toss on the first day of the third Test against the English cricket team on Wednesday. 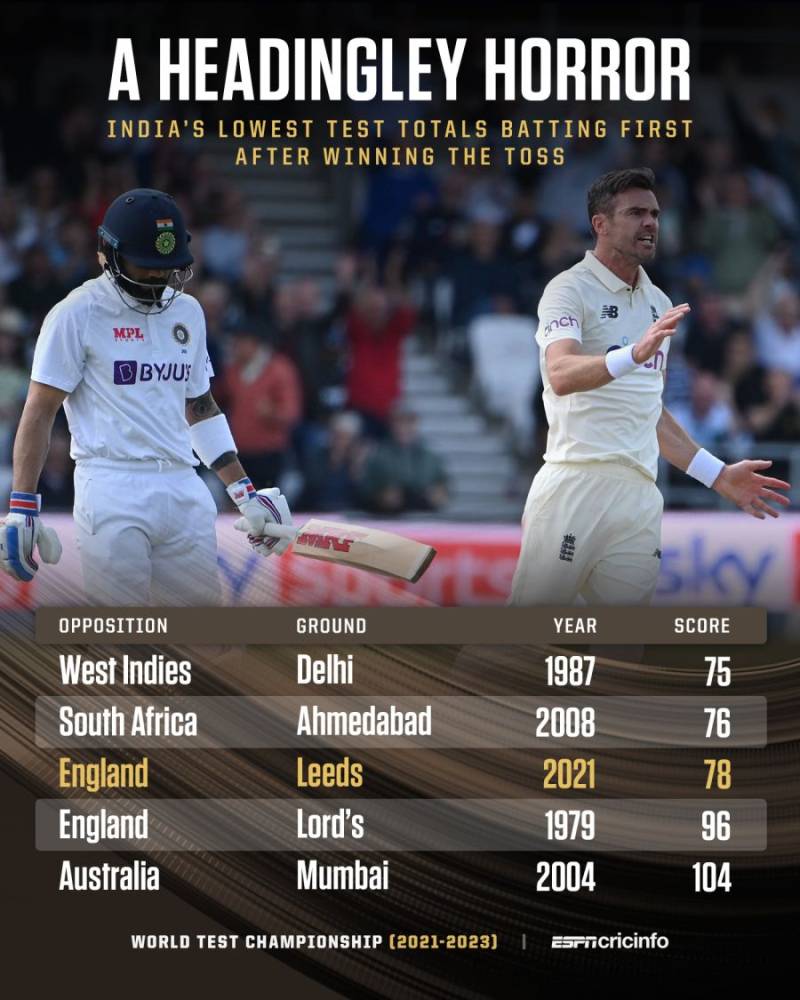 English pacer Anderson jolted visitors early by picking up three wickets, including Captain Virat Kohli (7), in the first hour and the team failed to recover from that setback.

The visiting team lost their last six wickets for just 22 runs having been 56-4 at lunch, with this slump following their all-time lowest 36 all out against Australia.

Rohit Sharma remains the top scorer with 19 but none of the other Indian hitters strike at Headingley. Pant's continued with Vice-captain Ajinkya Rahane who scored 18 and Men in Blue lost their last 5 wickets for just 11 runs.