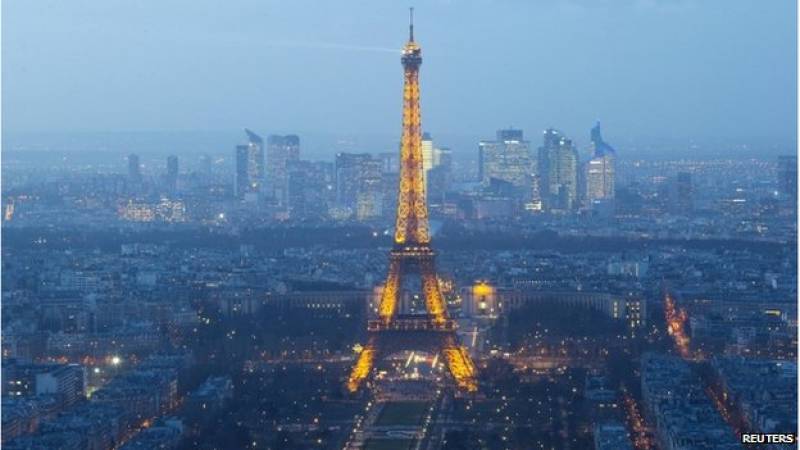 PARIS (Web Desk) – One of three Al-Jazeera journalists arrested for flying a drone over Paris will appear before a court next week after pleading guilty, a judicial source said on Thursday.

The other two journalists have been freed. All three were arrested on Wednesday for flying a drone in the Bois de Boulogne park on the western edge of the French capital.

Their arrest followed two nights of mysterious drone sightings over the French capital, although a source with knowledge of the case said the journalists were not involved in the earlier incidents.

Those unexplained sightings were made near the US embassy, not far from the Invalides military museum, the Eiffel Tower and several major thoroughfares leading in and out of the French capital, police said.

Flying drones over the capital is illegal under French law. In October, a 24-year-old Israeli tourist spent a night in jail and was slapped with a 400-euro ($450) fine for flying one above the Notre Dame cathedral.

The journalist facing court is a 34-year-old British citizen working for Al-Jazeera’s international service, who received the drone from the station’s London bureau in November.

He was piloting the aircraft. The other two were freelancers aged 52 and 68, one British and one Belgian, who were helping to film a segment on drones.

The unmanned aircraft has been confiscated by the authorities.

Police have been unable to catch any of the operators of the night-time flights and it is unclear whether they were the work of pranksters, tourists or something more malicious.

“People should not be worried but vigilant, it’s an issue which is taken very seriously,” government spokesperson Stephane Le Foll told reporters earlier this week.

He pointed out that drone flyovers had taken place in other countries such as Germany, where a small unmanned aircraft operated by activists denouncing police surveillance landed just metres away from Chancellor Angela Merkel during a 2013 campaign event.

And last month in Washington, a small drone crash-landed on the grounds of the White House, prompting a security lockdown.

French authorities were first alerted to mystery drone flyovers in October, when state-run power company EDF filed a complaint with police after detecting the small aerial vehicles zipping over seven atomic plants across the country.

The sightings continued into November, and altogether some 20 flyovers took place over nuclear plants. Their operators were never found.

Then on January 20, a pilotless aircraft briefly flew over the presidential palace in Paris, not long after jihadist attacks in and around the French capital left 17 people dead and put the country on high alert.

And in late January, small drones were also spotted near a bay in Brittany that houses four nuclear submarines — one of the most protected sites in the country.