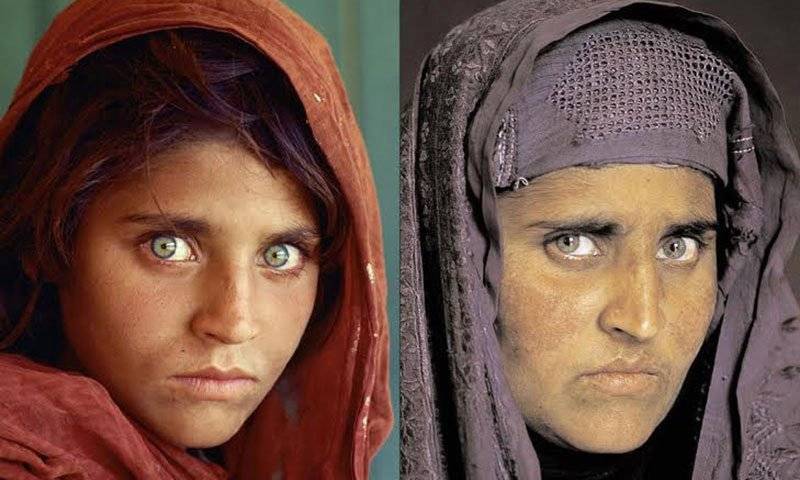 PESHAWAR (Web Desk) – A NADRA official on Thursday rejected her involvement in issuing computerised national identity cards to Sharbat Bibi, the green-eyed Afghan girl immortalized by the National Geographic magazine during the 1985 Afghan war, and her two sons - Rauf Khan and Wali Khan.

NADRA Assistant Deputy Director Palwasha Afridi called for a detailed probe by chairman Usman Yusuf Mobeen to fix the responsibility, refuting media reports she had any involvement in the matter.

Sharbat Bibi applied for an identity card in Peshawar in April 2014.

Although the data form clearly details the time, date of application and signature of the person in charge, Afridi said, "Neither signature nor Nadra system ID was tracked back to me," she insisted.

She said the ID and signature had been traced to Mohsin Ahsan, who had quit the job a while ago. However, Afridi did not disclose details of the investigation conducted into the matter.

The NADRA on Wednesday suspended four officials at its Hayatabad office where the CNIC was issued. NADRA also blocked the CNICs of Sharbat Bibi and her sons.

In 1984, Sharbat moved to Peshawar along with her two sons and since then, she has been residing in the Nasir Bagh camp for Afghan refugees.

She was one of thousands of Afghan refugees who managed to dodge NADRA's system and got an identity card last year.