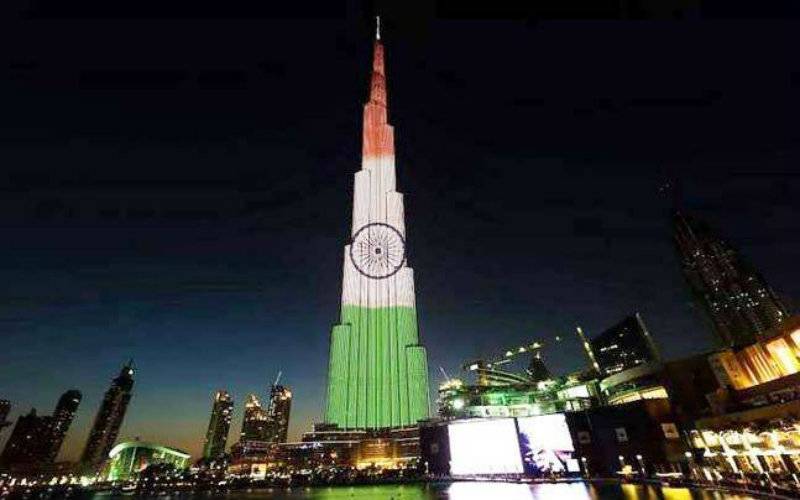 DUBAI - Burj Khalifa, the world's tallest building, is lit up to celebrate the 68th Republic Day of India, arch rival of Pakistan.

The interface of Dubai’s iconic landmark was lightened up on Wednesday with the colors of the Indian national flag - saffron, white and green.

Emaar Properties, the Dubai-based Indian company behind the tower’s development, will present these visuals at Burj Khalifa also tonight, using the latest LED technology associated with the Dubai Fountain shows.

This move is aimed at showcasing strong cultural and trade bond between India and the UAE, Emirates247 reported.

#BurjKhalifa wishes The #RepublicOfIndia a Happy National Day. If you've missed the first show, stay tuned at 7:15 pm for the next show! pic.twitter.com/ASr5ixoB1t

Burj Khalifa, which was developed by Emaar, is 828m high and the highest tower in the world.

Emaar Properties enjoys a strong presence in India, which is one of the world’s most important markets for the company. It has recently restructured its operations in the country to promote current projects and explore new development opportunities. 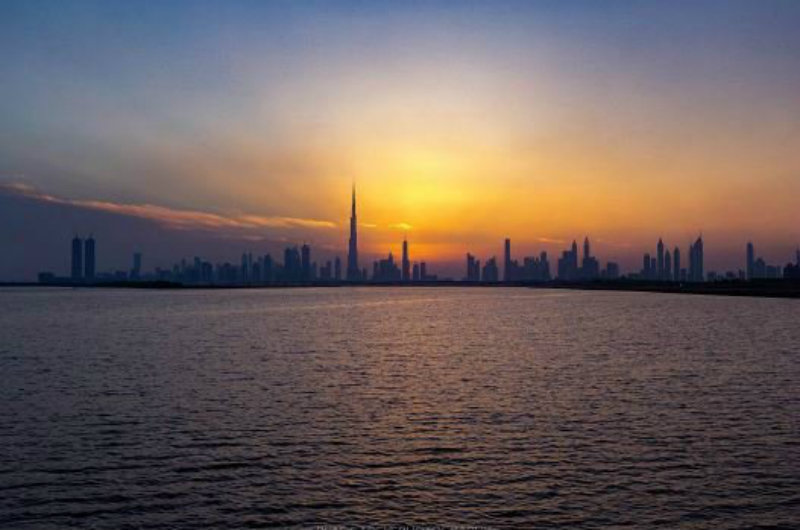 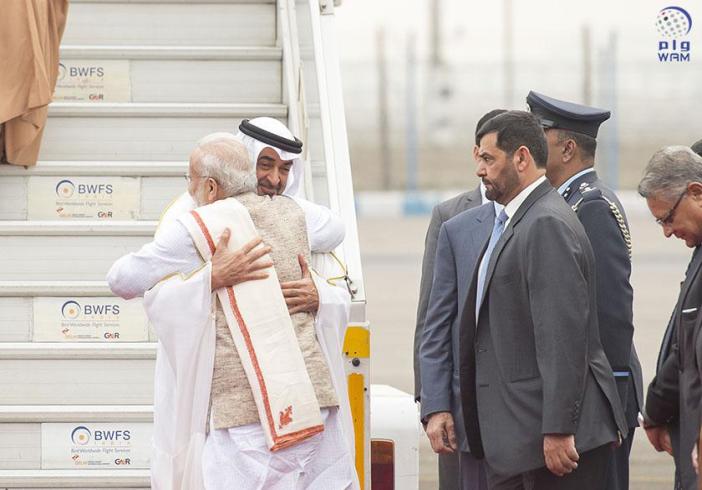 In past few years, Modi with his multiple visits has gained UAE’s growing closeness to India.

As part of his hyperactive foreign policy, the Indian PM had visited UAE in August 2015 as his first destination in the Gulf region. While he continues to oscillate about his visit to Israel, Modi has since visited Saudi Arabia and Qatar launching a fresh chapter in India’s engagement with Gulf Cooperation Council.

As Moody’s Investors Service report shows, India gets 52.1 per cent of its remittances from these Gulf nations. Of about 6 million expatriate Indians in the region, over 2.6 million stay in UAE alone making it next only to the US that hosts 3.2 million overseas Indians.

Among six GCC countries - Saudi Arabia, the UAE, Oman, Bahrain, Kuwait and Qatar - the UAE stands as the second biggest destination for India’s exports (after the US) and is the fourth largest source of India’s imports.

India mainly imports crude oil from UAE but India’s exports to UAE have diversified beyond pearls and precious stones that once constituted over one-third of its exports. They now include space technologies and defence exports.

The two have also expanded their joint military training and a UAE military contingent will be on display in the Republic Day Parade. The India-UAE combined military exercises called Desert Eagle, resumed after a gap of eight years, promises to herald the next stage of their military ties.

Last year, the Burj Khalifa was lit up in Green and White for Pakistan’s 70th Independence Day. 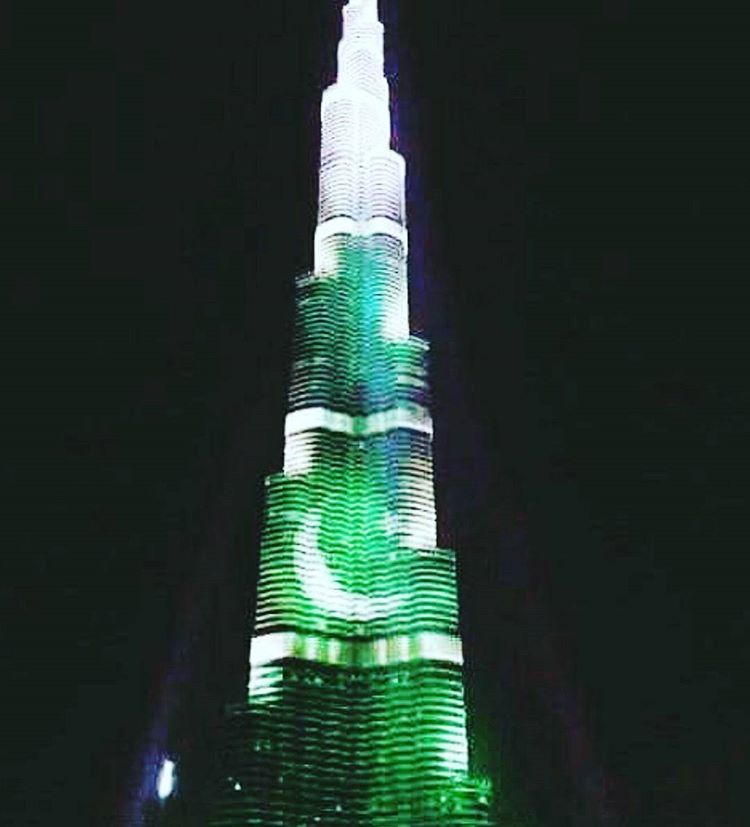 The UAE also enjoys brotherly ties with Pakistan as both countries have co-operated for decades on military and security issues.

UAE-Pakistan relations have also been flourishing. The bilateral trade volume jumped from $7.6 billion (Dh27.9bn) in 2012 to $10 billion in 2013. Reports say there is a big potential to further enhance business relations.