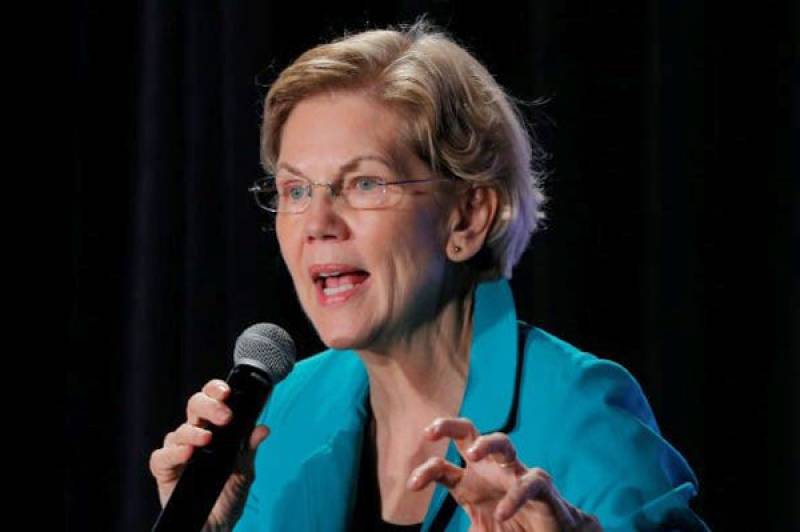 NEW YORK - The Des Moines Register, the US state of Iowa’s largest and most influential newspaper, endorsed Senator Elizabeth Warren in the crowded race for the Democratic Party’s presidential nomination Saturday, calling her “the best leader for these times.”

Lowa’s caucuses are the first nominating contests in presidential election cycles, giving the largely rural state an outsized role in choosing standard-bearers from each party.

If Warren, a progressive politician who backs a single-payer healthcare system and reforms throughout the country’s economic, political and criminal justice systems, she would face incumbent President Donald Trump, a Republican, in the 2020 presidential election.

In its endorsement, the newspaper said Sen. Warren would “push an unequal America in the right direction.”

“I just heard about it and I’m delighted,” Sen. Warren told supporters after an event in Muscatine, Iowa. “It really means a lot to me.”

In an Iowa poll released on Saturday by the New York Times, Warren came in third among Democratic voters, behind fellow leftist Senator Bernie Sanders and former Vice President Joe Biden. The Register’s endorsement was the second high profile nod from a major newspaper this week. The New York Times endorsed her this week along with Minnesota Senator Amy Klobuchar, offering Sen. Warren for progressives and Sen. Klobuchar for those who prefer a more moderate approach.

In its editorial, the Des Moines Register praised the other top Democratic candidates as well. Biden “would restore credibility in the White House and respect among allies around the world.” Pete Buttigieg, a former mayor of South Bend, Indiana, “brings refreshingly smart, youthful optimism.” Sen. Klobuchar “offers a track record of bipartisan achievement,” and Sen. Sanders “champions the working class.”

“But at this moment, our country needs more,” the newspaper said. “At this moment, when the very fabric of American life is at stake, Elizabeth Warren is the president this nation needs.”

“The senior U.S. senator from Massachusetts (Elizabeth Warren) is not the radical some perceive her to be,” the newspaper said. “She was a registered Republican until 1996. She is a capitalist.”