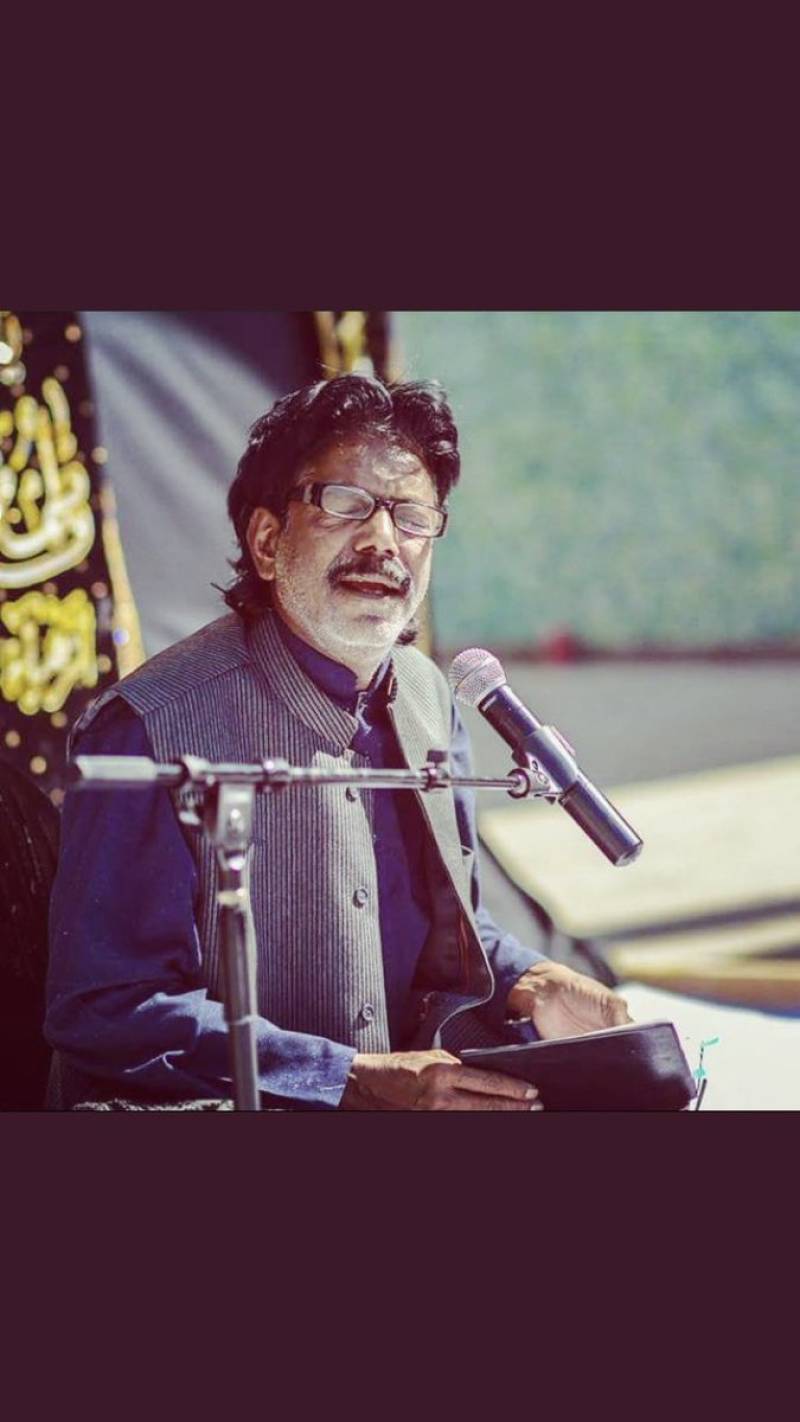 Dr Rehan Azmi was a songwriter, a poet and a well-known writer of Nohas, Naats, Manqabat etc. He had the honor of being a 'Guinness World record' holder for the 7th speediest poetry writing in the world in 1997.

Rehan Azmi is a reputed name in the Shia community, as well as all Urdu-speaking groups in Pakistan.

He was a great religious poet who had written a number of naats and Qasidas such as, Khuwaab Se Tabeer Tak, Manzar Ba Manzar Karbala, Qalam Tor Dia and several more.

Not much is known as to how the poet passed away, but his fans mourn and pray as #RehanAzmi trends number 1 on Twitter.

He was apparently hospitalised and was in a poor health condition.

One of His last video with Mir Hassan.💔
May Syeda س reward him for his work for AhlulBayt ع #RehanAzmi pic.twitter.com/bu2tT2XbgL

Once a Shia scholar named Talib Jauhari shared a few remarks on the poetry book by Rehan Azmi by saying, “Why do every Noha reader want to recite Noha written by Rehan? How come he fulfills the demand of all Noha reciters? These were questions of my surprise; I got satisfied when I personally saw Rehan begging this literacy treasure from Ali Ibn Abi Talib at his shrine in Najaf.”

KARACHI – Renowned poet, writer and intellectual Naseer Turabi breathed his last at the age of 75 in Karachi on ...