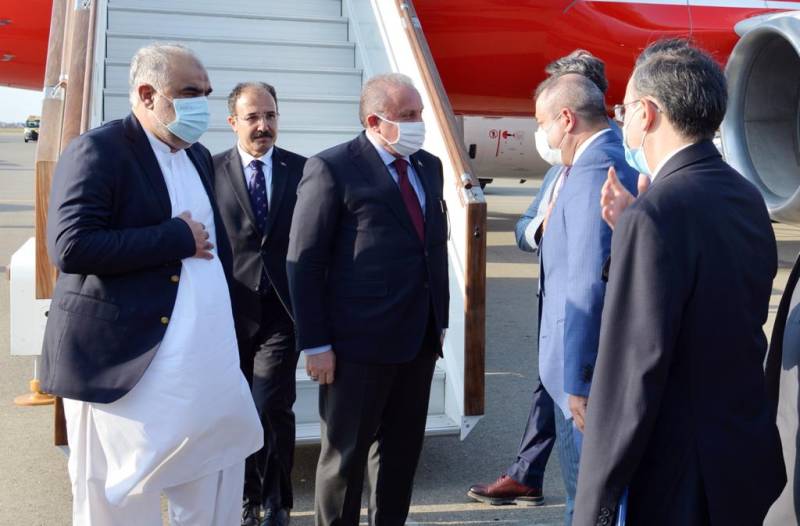 A trilateral meeting of the chairmen of the parliaments of Azerbaijan, Pakistan and Turkey will be held for the first time in Baku on July 27.

Following the meeting, all sides are expected to sign the Baku Declaration, reported Azerbaijani media.

Pleased to be in Azerbaijan on the invitation of @Speaker_Az to attend the first Trilateral Meeting of Speakers’ of Parliaments of #Pakistan, #Azerbaijan and #Turkey. Look forward to discuss wide-ranging talks on peace, stability, regional cooperation & connectivity.🇵🇰🇦🇿🇹🇷

During the visits, the speakers of Pakistan and Turkey parliaments are also expected to visit the territories liberated from the Armenian occupation.

Pakistan-Azerbaijan Economic Cooperation Chamber has been set up in order to strengthen economic cooperation between ...