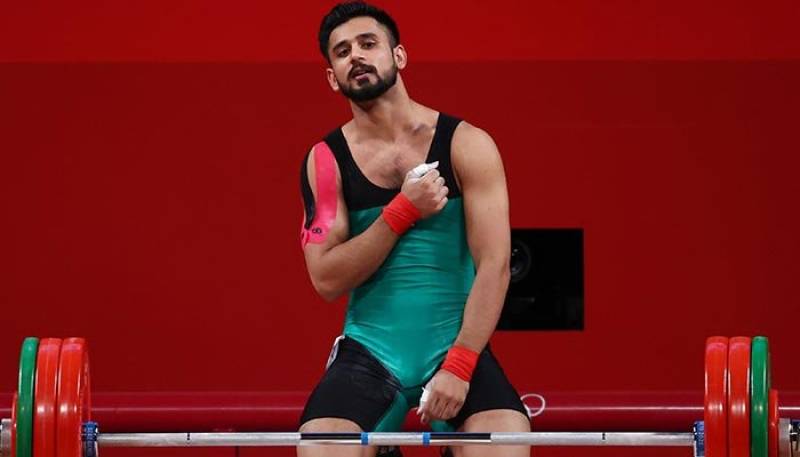 Pakistani weightlifter Talha Talib fell just two kilograms short of history at the 2020 Tokyo Olympics as he lifted a total of 320 kilograms on Sunday.

Talha, competing in the 67kg men's weightlifting contest, was on top of the race for a while before being surpassed by athletes from China, Colombia, and Italy in final attempts.

The 21-year-old weightlifter — first from Pakistan in 44 years — entered the competition without a coach, yet he showed his mettle.

Talha has been a wonder kid throughout his journey to the Olympics as the youngster had to face multiple obstacles that would have broken any ordinary soul.

He first missed out on the Asian Junior Championship in Korea. Then the South Asian Games weightlifting event was stripped from the Olympic qualification event. And lastly, Talha had to miss on international competitions due to the lack of resources.