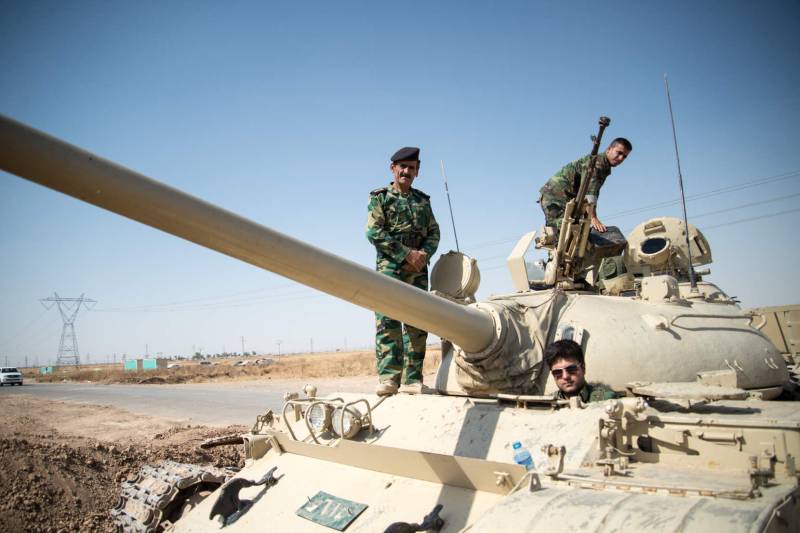 MOSUL, Iraq - Iraqi forces on Monday were searching neighbourhoods of west Mosul on which they took control weeks ago after a surprise jihadist attack on their rear that left several dead, officials said.

The attack, which was claimed by the Islamic State group, created panic among residents who returned to live in the Tanak and Yarmuk neighbourhoods of west Mosul.

A top commander in the Counter-Terrorism Service (CTS), which sent forces to fight the IS gunmen, said the attackers had infiltrated the area by blending in with returning displaced civilians.

"The group came with the displaced and settled in the Tanak district. They regrouped and launched counter-attacks," APP quoted Staff Lieutenant General Abdulwahab al-Saadi.

"Yarmuk is being searched house to house," he said, adding that two groups of IS attackers were still believed to be in the area, which lies on the western edge of the city.

"There are martyrs who were killed by Daesh," the medic said, using an Arabic acronym for IS. He said 15 to 20 jihadist fighters were also killed in the battle.

Iraqi forces, led by the CTS, have for a week been pressing a perilous assault into the Old City in central Mosul, the last pocket still controlled by the jihadists.

Federal forces backed a US-led coalition launched an offensive to retake the country's second city from IS more than eight months ago.

The east bank of Mosul, a city divided by the Tigris River, was retaken in January and a push to wrest back the western side was launched in mid-February.

More than 800,000 people have been displaced from the Mosul area since October last year and the security forces are struggling to carry out effective screening. - APP