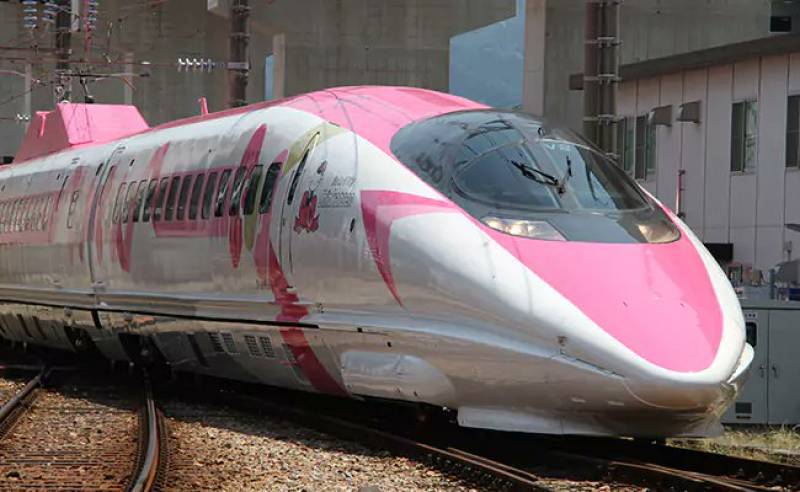 The white eight-car train, which is decorated with drawings of pink ribbons to mimic the look of the popular character created by Sanrio Co., will begin a three month run between the western cities of Osaka and Fukuoka on Saturday. 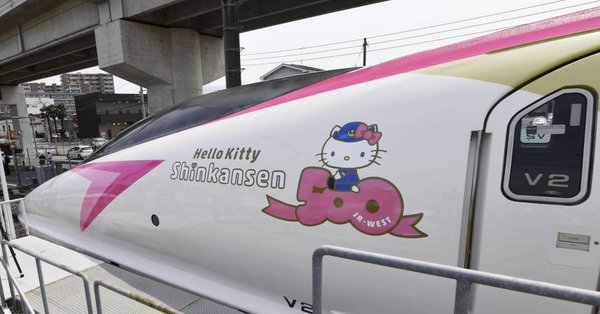 It was unveiled Tuesday by the West Japan Railway firm which hopes the use of a famous local export will boost tourism, the Japan Times reported.

The car interiors of the special shinkansen also feature images of the feline, such as Hello Kitty wearing a crew uniform or carrying local specialties, on the walls, seats and curtains. 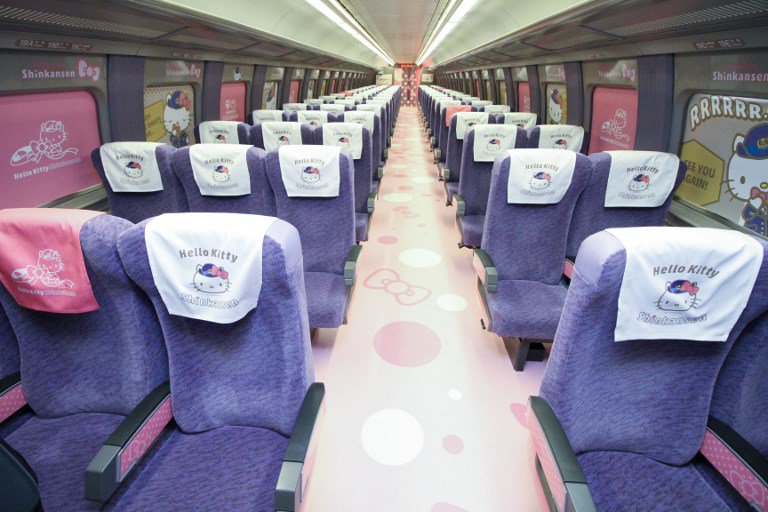 The train’s first car, dubbed “Hello! Plaza,” will introduce passengers to attractions and specialty goods from western Japan for a limited time after the train debuts.

In the second car, named the Kawaii! Room, passengers will get the chance to pose for photos with a big Hello Kitty doll. 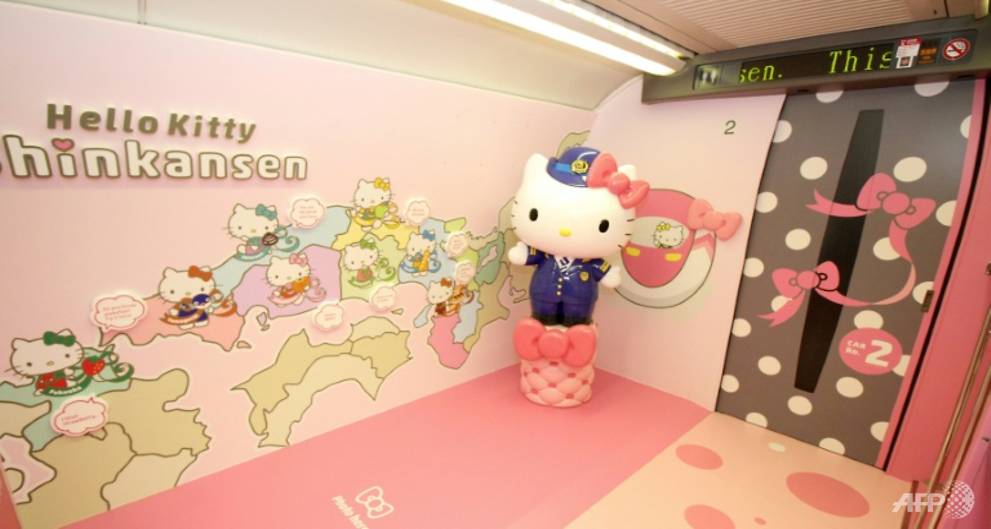 Another carriage will have a large Hello Kitty doll - adorned in a unique crew uniform - where fans can pose for photos.

The character was created by Yuko Shimizu in 1974 and since then has spread around the world. It can be found on everything from key chains to motor oil, aeroplanes to toilet paper and the brand is now estimated to be worth billions of dollars.