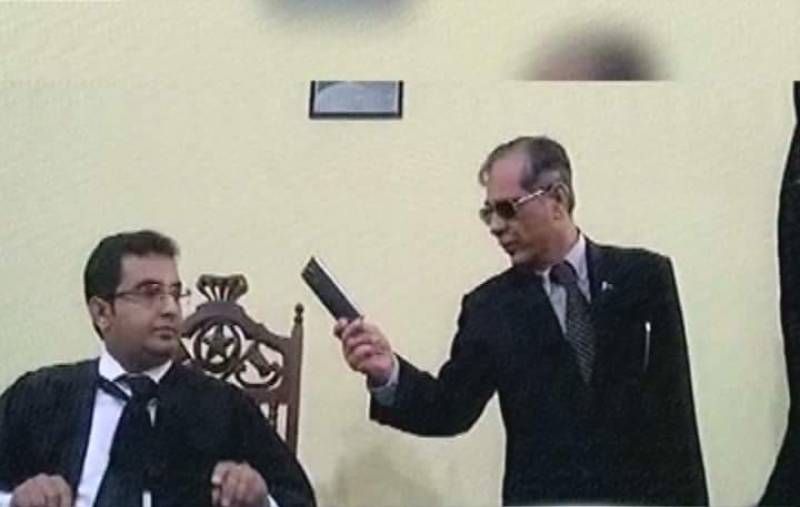 KARACHI - An additional sessions judge, who was rebuked by Chief Justice of Pakistan Mian Saqib Nisar during his Larkana visit for bringing his mobile phone in the courtroom, on Tuesday resigned from his post.

Additional District and Session Judge Gul Zameer Solangi, who has been working on this post since March 20, 2017 at Larkana, has sent his resignation letter to Registrar of the Singh High Court.

He cited reason behind the extreme step as “Due to humiliating behavior of Honourable Chief Justice of Pakistan His Lordship Mr. Justice Saqib Nisar during ‘Ongoing Court Proceedings’ of my Court, which was widely aired in the electronic, print and social media, I have suffered deep anguish and injury to my self-respect and dignity, therefore, I am unable to continue my job with your esteemed organization". 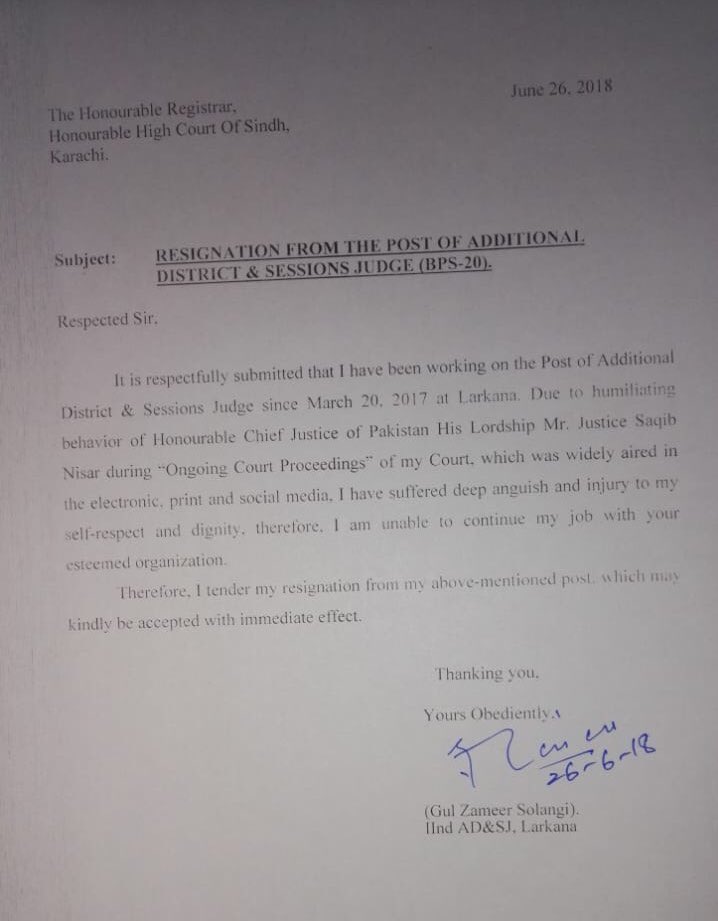 On June 23, CJP Nisar rebuked the additional sessions judge for his slow pace of work and expressed his displeasure over the slackness of judicial system.

During the whirlwind visit to the Sessions court in Larkana, the top judge visited different courtrooms for inspection.

When the judge reached the courtroom number 3, he was riled by the presence of mobile phone which belonged to a judge.

Mian Saqib Nisar smashed the mobile phone on the table and advised the judge to not bring it with him to the court.

'How many cases you have heard uptil now?' asked the CJP to which the judge replied that he had heard three cases.

The reply angered the top judge, who felt that justice could not be dispensed at such a slow pace.

'Where are Sindh and Pakistan? What have you done regarding the case pertaining to missing persons? Wind up the cases at the earliest,' instructed the Chief Justice.

The top judge also met the senior lawyers and addressed them, saying, he was not afraid of their boycotts.

'I have left my seat to dispense justice for which you guys can also play a pivotal part,' remarked the judge.