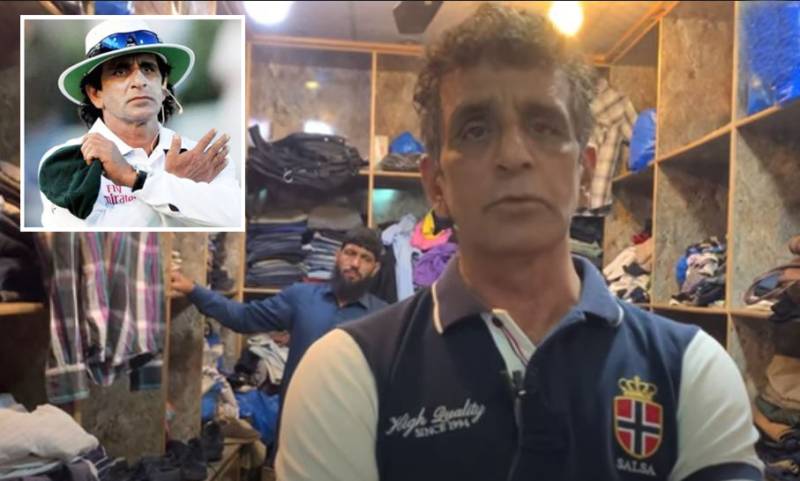 Former ICC elite umpire from Pakistan Asad Rauf, who was banned for five years by the Board of Control for Cricket India (BCCI) on charges of 'corruption’, now owns a second-hand shoe business in Landa Bazaar in Lahore.

The 66-year-old former player, who was also recognised as one of the top umpires in the world, recently appeared in a web show where he poured his heart out and recalled the memories.

The heartbroken former umpire said he has not been in touch with cricket since 2013, saying once he leaves something, he leaves it forever. Rauf said he umpired so many games, but there’s no one left to see now.

Rauf owns two shops in Lahore's Landa Bazaar where he deals in second-hand apparel and crockery.

Responding to match-fixing allegations, Rauf said he had nothing to do with these issues, clarifying that the allegations came from the Indian Board.

He cleared the air on the 2012 scandal when an Indian model levelled charges of sexual exploitation. The girl accused him of being in a relationship and said he promised to marry her. However, she claimed that he later left her.

Rauf mentioned that despite the false accusations from the girl, he appeared in the next season of the Indian Premier League.

LAHORE - Pakistan Cricket Board (PCB) will initiate an inquiry against a senior Pakistani umpire for violating the ...

The former umpire appeared in as many as 170 international games -- 49 Tests, 98 ODIs and 23 T20Is. Rauf made a career out of the gentleman’s game and was part of the elite panel of the world cricket body.