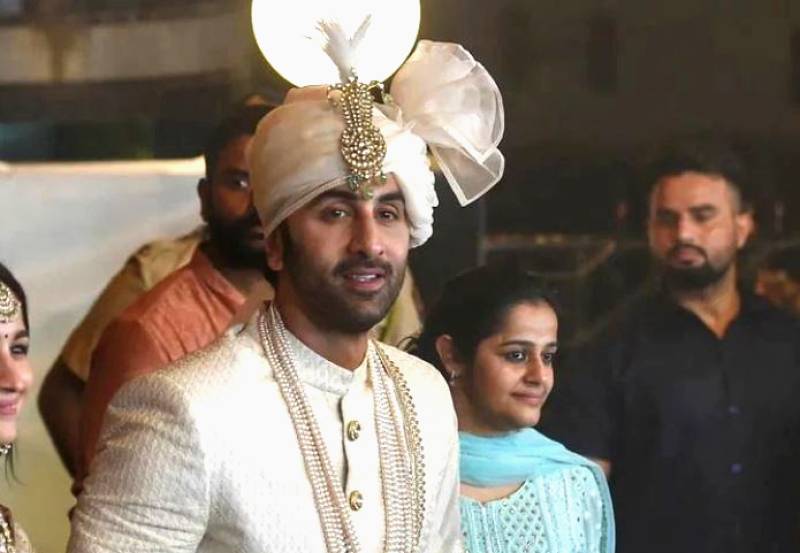 Bollywood heartthrob Ranbir Kapoor is on the roll these days. From getting married to his lady love Alia Bhatt to having his upcoming film 'Shamsheera' set to release in September 2022, the actor is making headlines for all the right reasons.

According to media reports, Kapoor, during one of the promotions, was asked to narrate a funny instance of his life and he amused everyone with a memory of his 'first wife'. He said that during the time when he used to live in the Krishnaraj Bungalow with his parents, a diehard fan married the main gate. She even wore Sindoor and put a garland on it to seal their marriage.

Kapoor went on to state that the woman referred to the Gate as him and got married. Kapoor claimed that he wouldn't condemn the act but call it sheer madness. He laughed it off and said that Alia isn't my first wife but the second one.

The Bollywood actor jokingly said that he hasn't met his first wife yet.

Kapoor and Bhatt got married earlier this year in April with a close-knit group of friends and family. The couple dated for about five years before tying the knot. Both the actors are busy promoting their movie, Brahmāstra, opposite each other.