Lahore Resolution: Idols in the mind 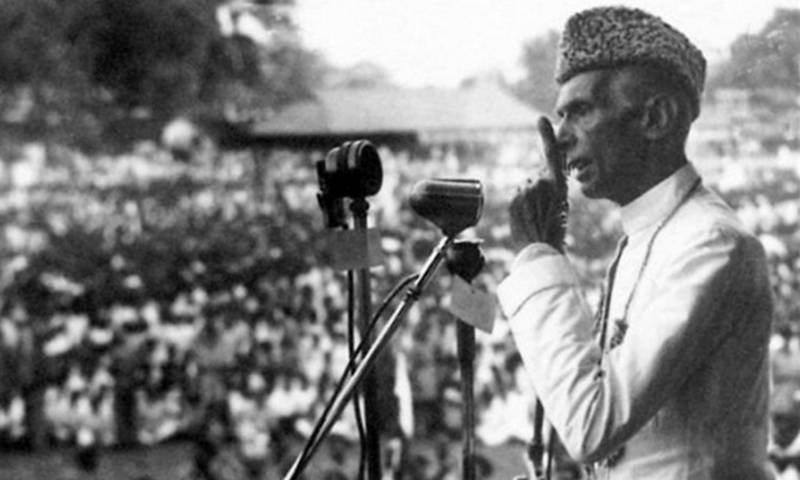 On 23rd March, the Lahore Resolution - later described as the Pakistan Resolution by Jinnah himself – which was passed 77 years ago in Lahore’s Manto Park (Now Greater Iqbal Park) was celebrated with great zeal and jubilance across the country.

The day marks the historic Lahore Resolution of 1940 when the All-India Muslim League demanded a separate homeland for the Muslims of the subcontinent.

We know that the Lahore Resolution became the ideological justification and framework for the creation of Pakistan. Based on the Two Nation Theory, it meant that the Muslims of united India, defined by their distinct religious identity and culture, represented a separate nation in need of a separate homeland.

From Karachi to Srinagar, functions, seminars and rallies were held to mark the day. Pakistanis across the world chalked out special functions as if it were Eid.

The highlight of the day was the glorious joint military parade, which was held at Parade Ground in Islamabad. For the first time in history, Chinese and Saudi troops and a Turkish military band also featured at the event. Turkish military band 'Mehtar' performed in their traditional costume and played the eternal favorite 'Jeevay Jeevay Pakistan'.

While this was going on, India belied the label of the “world’s biggest democracy” by forbidding Kashmiri leaders from participating in the Pakistan Day celebrations at the Pakistani Embassy in Delhi.

The relation between the military parade and Pakistan dates back to 23 March 1956 when the country saw the successful transition from a Dominion under the British Monarch to an Independent Islamic Republic. It was on this occasion that the President of Pakistan replaced the Governor-General as the ceremonial head of state.

Chaudhry Mohammad Ali, who formed the first constitution of the country after this transition in 1956, once told me that the holding of military parade as showcasing military might of the country was first meant to be held on 14th August but due to impediments caused by the heavy rainfalls that month, the constituent assembly decided to shift the parade to 23rd March.

However, this constitution was later abrogated by military dictator Ayub Khan, which left the country in another crisis.

In 1962, Pakistan was ‘granted’ another constitution by Ayub Khan. Ayub Khan imposed Pakistan’s first martial law in 1958 with the backing of President Iskandar Mirza. Both described the 1956 Constitution as ‘the selling of religion for political gains’.

The Constitution had renamed the country, ‘The Islamic Republic of Pakistan’. Mirza and Ayub changed it to just Pakistan. Both of them contended that Mohammad Ali Jinnah had created Pakistan as a modern Muslim-majority state, and not a theological one.

However, this ‘artificial social engineering’ couldn’t integrate into the society even after 9 years and the constitution remained ‘individualistic’ in nature and failed to represent the collective consciousness of society.

Erosion of the original constitution which had the consensus of both West and East Pakistan impaired the country’s ‘organic evolution’ as a political entity and resulted in political chaos. Ayub’s own friend, Yahya, whose influence within the armed forces had increased, nudged Ayub to resign. Ayub quit in March 1969. Yahya took over as president and imposed the country’s second martial law. Ayub paid the price of his blunder.

23rd March lost another dimension and significance when Ayub Khan – along with his friend Iskander Mirza – abrogated the constitution. The day automatically came to be remembered only for the Lahore Resolution.

Manto Park was renamed Iqbal Park. The Minar-e-Pakistan was built and is now seen as a reminder of Lahore Resolution. Under the stint of Chief Minister Shahbaz Sharif the park has now been rechristened ‘Greater Iqbal Park’.

Parks and Horticulture Authority (PHA), Citizens Archive of Pakistan will undertake the curative work of the museum and amphitheater soon. It will engage children and adults with interactive exhibits centered on Pakistan’s dynamic history and culture. The amphitheater will serve as a venue for a variety of cultural programs, including but not limited to theatrical performances, storytelling sessions, plays, concerts, lectures, talks, book talks, recitals etc.

The Lahore Resolution had shocked the political circles the sub-continent. The passing of the resolution marked the transformation of the Muslim minority in British India into a nation with its distinguishing socio-cultural and political features, a sense of history and shared aspirations for the future within a territory.

In April 1946 Quaid-i-Azam called a convention consisting of of all those persons, who had been elected members of the provincial and central legislatures on Muslim League ticket at Delhi. More than five hundred members had attended this convention.

Before the convention concluded, each and every member of the Central and Provincial Assemblies solemnly took the following oath:

“I do hereby solemnly declare my firm conviction that the safety and security, the salvation and destiny of the Muslim nation inhabiting the Sub-continent of India lie only in the achievement of Pakistan, which is the only equitable, honorable and just solution of the constitutional problem and which will bring peace, freedom and prosperity to the various nationalities and communities of this great sub-continent. I most solemnly affirm that I shall willingly and unflinchingly carry out all the directions & instructions, which may be issued by the All-India Muslim League in pursuance of any movement that, may be launched by it for the attainment of the cherished national goal of Pakistan. Believing as I do in the righteousness and the justice of my cause, I pledge to undergo any danger, trial or sacrifice, which may be demanded of me”.

And the destination of Sub-continent's Muslims was finally achieved.

Although Dr Mubarak Ali is considered to be a great historian, he fails to recognize that the demand for a separate land had become the voice of Muslims' hearts. The League had successfully managed to become a public party and gained the trust of Muslims.

This was evident in their struggle and tenacity for the creation of Pakistan. The world saw the biggest migration of the history. The Muslims stood firm and resilient in the trials in their journey to the new homeland.

Taking Dr Mubarak Ali's view on Lahore Resolution and the creation of Pakistan is akin to inviting a bishop to preach Islam or asking Fazlur Rehman to preach the Bible. When asked, Dr Mubarak Ali had once openly stated that he wouldn't have voted in the favor of Pakistan's creation if he was to vote in 1946.

I immediately countered him and said that Pakistan wasn't created on the basis of votes. "Even if it was, a vote of a person of high stature like Maulana Abul Kalam Azad couldn't undo the plans of the league, let alone of an idiot."

It's intriguing that despite such obvious historical facts, Dr Mubarak Ali persists in his opinion and in fact, chooses to avoid any such debate with me.

The subtle point in Godʹs Oneness hid with ease in words we can explain;

But what about your mind unsound that brims with myths and idols vain?