Who was the author of Lahore Resolution? 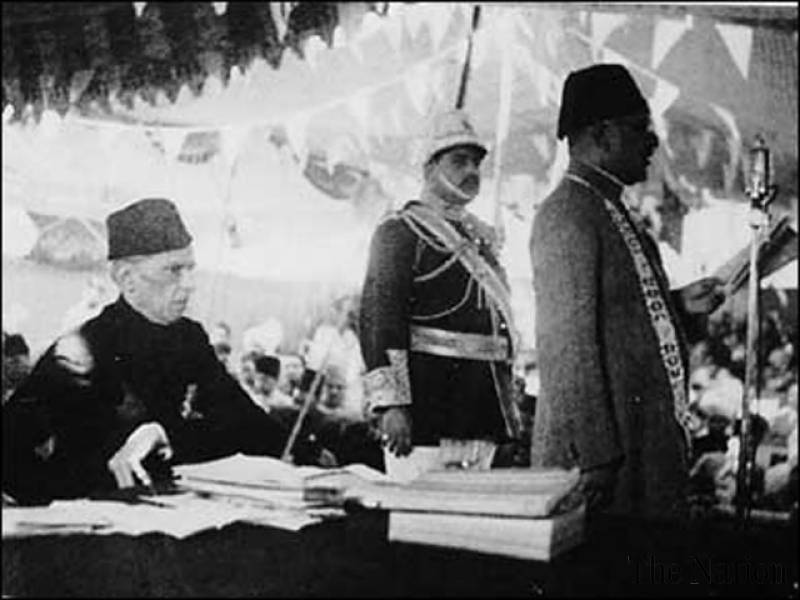 On 23rd March, several writeups were penned down by thinkers and intellectuals to explain the events and incidents that shaped the Pakistan movement 77 years ago.

Hosts of talk shows invited relevant personalities to talk about the historical significance of the Lahore Resolution.

I myself wrote a rejoinder to Dr Mubarak Ali’s claims. Mubarak Ali, who naively attributed the Lahore Resolution to the British Viceroy, responded to my rejoinder by accusing the challengers of his theory of ‘distorting’ history and misleading the common people.

He went on to state: “The process of glorifying Lahore Resolution and presenting it as a great triumph began much latter after the creation of Pakistan. Initially, 23rd March commemorated the declaration of a republic in Pakistan in 1956. It were the dictatorial regimes who supported and concocted this view about the so-called Pakistan movement’s struggle and rechristened it Pakistan Day.”

According to Mubarak Ali, it was Viceroy Lord Linlithgow who designed the idea of Lahore Resolution and made Sir Zafrullah Khan pen it down and hand it over to Mr Jinnah as Lahore Resolution. Allegedly, the viceroy requested Khan not to disclose his name.

Mubarak Ali wants us to believe that the “so-called struggle” for Pakistan movement was deliberately whitewashed into a ‘beguiling story’ while it was only a British conspiracy and the League was apparently its agent.

Mubarak Ali cites the Internet as his source of this historical argument and therefore he has made it clear that there is no need to reach out to him for the documents which substantiate his claims.

It is fascinating how a person can be declared a ‘researcher’ after surfing on the Internet and reading a few articles by some idiot with no additional evidence or proof.

However, the interesting point is that even Sir Zafrullah Khan never took credits for the Lahore Resolution. Even if he chose not to disclose his name until partition, there were still no logical grounds to suggest that he keep it a secret even after the creation of Pakistan. In the 1940s, Sir Zafrullah Khan was the member of viceroy’s executive member (in today’s terminology: a minister). The viceroy had the authority to dictate that Zafrullah Khan write down notes or proposals.

During this time, the Muslims of sub-continent were still suffering from indecisiveness and confusion.

There was a strong resentment among Muslims against Congress’ provincial governments elected under the constitution of 1935. When the Congress decided to resign from provincial and central offices in protest over their not having been consulted over the decision to enter World War II alongside Great Britain, Muslims, under the leader Jinnah, celebrated Yaum-e-Nijaat (Day of Deliverance) to rejoice the resignation of all members of the rival Congress party.

Congress considered Linlithgow's subsequent response "wholly unsatisfactory and calculated to rouse resentment among all those who are anxious to gain...India's independence," and on 22 October 1939, "called upon all Congress ministries to tender their resignations." The unilateral protest resignation was supported by Jawaharlal Nehru, but less so by Mahatma Gandhi, who felt that it would strengthen both unwanted British wartime militarization and the Muslim League.

The League was looking for a resolution of Hindu-Muslim dispute. Solving a decades-long dispute was not an easy task. However, there is no harm in the viceroy pondering over the dispute and coming up with the resolution and nor is it a sin to take his suggestions.

Those who analyze history objectively are aware of the fact that there were multiple proposals for division in United India’s several states solely on the grounds that ‘India was not one country but a continent consisting of many countries’.

Notable historian KK Aziz, in his book ‘A history of Idea of Pakistan’ has collected more than one hundred such proposals that were presented during British Raj. Quaid-e-Azam academy’s director Khawaja Razi Haider has compiled these proposals with additional details. The proposals underline the fact that throughout the British Raj, different people from different backgrounds had already proposed the idea of a separate homeland for Muslims with or without United India.

Therefore, 1940’s Lahore Resolution was an extract of all these documents and proposals. It is very likely that those included the alleged note or proposal by Sir Zafrullah Khan.

Nawab Syed Shams Al-Hassan writes that on 10th August 1939, Liaquat Ali Khan sent him three ‘constitutional schemes’ that were prepared by Sir Sikander Hayat Khan, Dr Abdul Lateef and Dr Afzal Hussain Qadri. Liaquat Ali Khan asked him to make at least 50 copies of these and distribute it among members of Muslim League. These constitutional schemes were meant to be presented in the 1940’s Lahore session.

Based on these points, Malik Barkat Ali, Nawab Muhammad Ismail Khan and Liaquat Ali Khan drafted the resolution which was later approved by the subject committee.

This is the historical background of Lahore Resolution that Mubarak Ali, in an extremely reductionist approach, attributed to the British viceroy. To understand the ‘evolutionary’ nature of this resolution, it is equally important to go through the letters exchanged between Gandhi and Jinnah.

As far as Republic Day is concerned, I have already provided details in my previous article. There is no valid reason to ridicule and refute the significance of Lahore Resolution merely because in 1953 Pakistan became a republic on the same date. Both hold an equal historical significance.