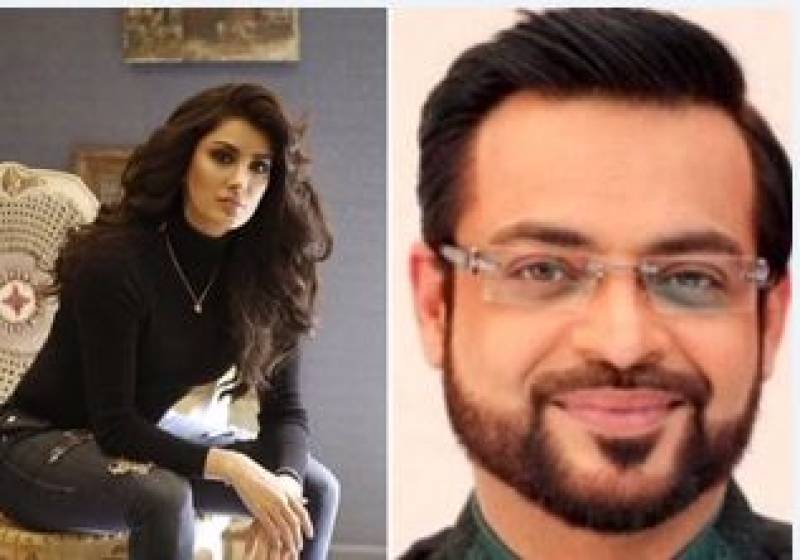 A few days ago, Hussain took to his Twitter to accuse Mehwish of "misrepresenting and defaming" him in her last film ‘Load Wedding’ and warned to sue her for it. In a recent development, however, he has decided to take the legal action and file a lawsuit against the film’s team.

In a recent tweet, Hussain also mentioned that Hayat being awarded with the Tamgha-e-Imtiaz is none of his concern, he is only waiting for her, Mustafa, Qureshi and Meerza to face him in court soon.

However, in a later post, Aamir expressed his fury over Hayat being presented with the civil award. Stating there are many other talented artists out there who deserve the award more than her.

A large number of social media users have criticised Hayat on her achievement, with her later saying that the way the people of Pakistan celebrate an artist’s victory is shameful. Her statements backfired when Hussain jumped in to take a dig at the actress for wrongly portraying his character without his consent, “As an artist, you have failed to stop this mess and so, I should file a case against you,” he said earlier.

And should I not sue your movie load wedding where your entire movie revolves around me, defaming and wrongly portraying my character WITHOUT my consent? As an artist you did not only work in such a movie but you failed to stop the nonsense in it. Shameful! https://t.co/lg7EqZ3W7v

Mehwish has not yet responded to Aamir’s accusations regarding the movie. We will have to wait and see whether the actress says anything to the controversial host-turned-politician.