Breaking stereotypes: Iqra Aziz bends down on her knees 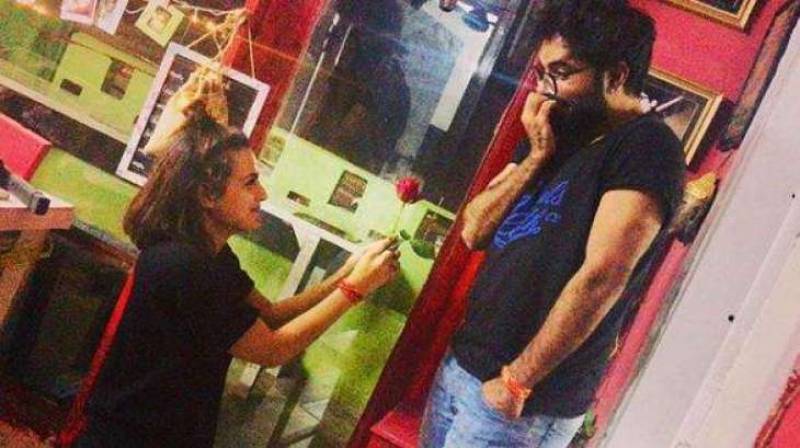 KARACHI - Usually men are the ones who bend down to their knees and propose to women. But now the trend seems to be changing as we seldom see people breaking stereotypes.

Such gender-breaking stereotyping was being seen in a recent post by Yasir Hussain who is supposed to be in a relationship with fellow actress Iqra Aziz. To us, it seems as if these two celebs had officially declared their relationship to the public.

KARACHI -  Famed Pakistani TV actor Yasir Hussain has come under fire for getting a bold tattoo on back of his neck. ...

As in the post, Iqra Aziz is seen presenting a flower to Yasir while sitting on her knees, Yasir said in the caption, “The time has changed.” “Those thinking of women as weak actually have weak minds,” he said along with poetic verse.

People were quick to respond to the romance-filled posts, many had wished best wishes to the couple for their future life, while others were praising them with words like cute, made for each other and adorable. 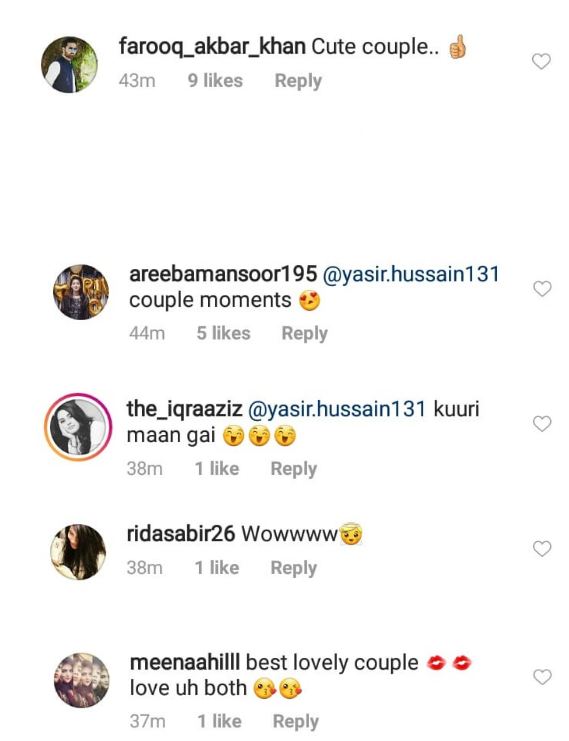 Pakistan famed TV stars Yasir Hussain and Iqra Aziz are said to be in a rumoured relationship for the past few months now. The actors have been seen hanging out together a lot and their social media is flooded with pictures of each other.

Earlier, Yasir Hussain took to Instagram to post a picture of Iqra with a heart just a day after Valentine's Day.

The two have often been spotted hanging out. They are at their goofiest every single time they are together. Both the celebs are often seen expressing a close bond with one another but neither of them has admitted nor denied what exactly their status is.