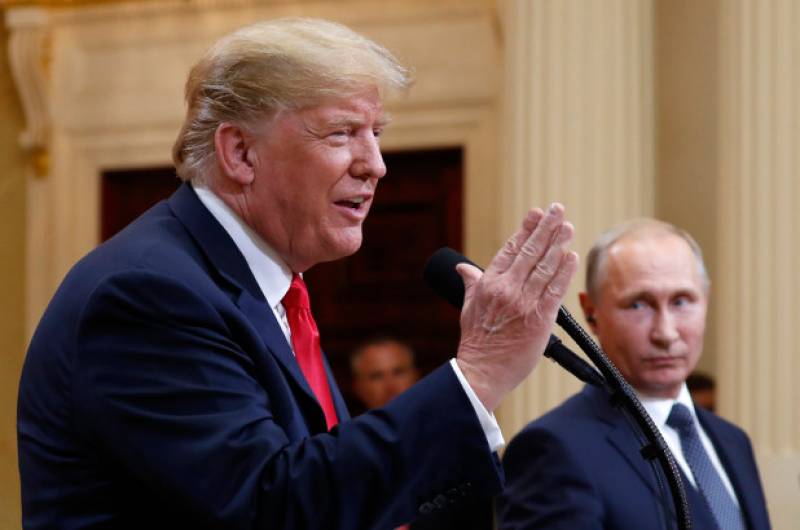 WASHINGTON - US President Donald Trump was jubilant Monday -- but also looking for revenge -- after the Russia collusion report cleared him in a huge boost for his re-election chances next year.

Trump could afford to be magnanimous in victory after spending two years trying to discredit special prosecutor Robert Mueller.

Asked if Mueller had behaved honorably as head of a probe that he'd previously likened repeatedly to a "witch hunt," Trump answered: "Yes, he did."

Trump also supported publication of the Mueller report, rather than just the short summary released late Sunday with a declaration that no evidence emerged to support allegations of collusion between the president's 2016 election campaign and Russia.

"Wouldn't bother me at all," he told reporters at the White House.

The "no collusion" declaration took the wind out of Democrats' sails, likely ending any immediate threat of impeachment for Trump, despite the many controversies and scandals still tainting his administration.

White House aides did not hide their glee, signaling that Trump is now free to hit the 2020 campaign trail with his message that an angry left conspired to try and bring down a leader too strong to be tackled any other way.

"It's a great day for America," Trump's spokeswoman Sarah Sanders said in a rare appearance on CNN, a channel the White House regularly savages as "fake news."

Speaking in the spring sunshine outside the West Wing, Trump advisor Kellyanne Conway told journalists she had two words for presidential foes: "Move on."

Media is Enemy of the People

President Donald Trump branded the mainstream media the "enemy" and the "opposition party" on Tuesday after the Mueller report cleared him of collusion, accusing journalists of covering the Russia probe unfairly.

"The Mainstream Media is under fire and being scorned all over the World as being corrupt and FAKE. For two years they pushed the Russian Collusion Delusion when they always knew there was No Collusion," Trump tweeted.

The Kremlin on Monday reiterated its denial that Moscow interfered in the 2016 US presidential election after Special Counsel Robert Mueller's report found there was conclusive evidence of Russian meddling.

Kremlin spokesman Dmitry Peskov told journalists he had not seen the report but Russsias's "principled position on this matter is well known: our country has not interfered in the domestic affairs of other countries, including the United States."