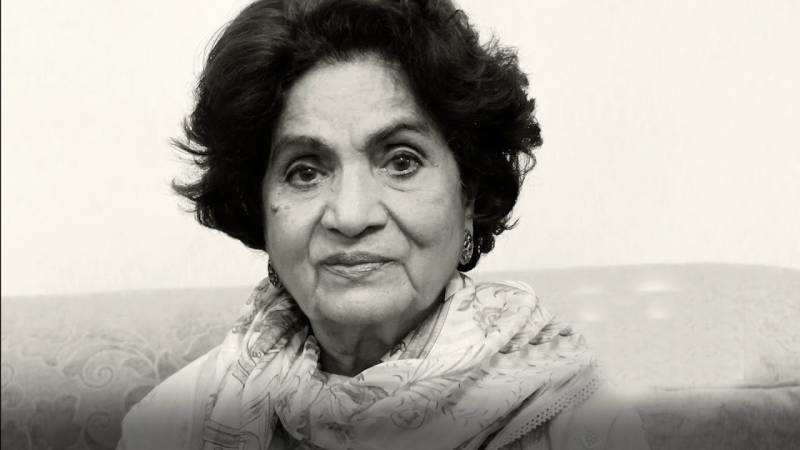 The family confirmed the demise on Friday (today). Moin had been battling cancer for the past few years.

The funeral prayers of the legendary writer will be held after Asar prayers in the Nazimabad area of the Sindh capital.

On Monday, Moin has received her first dose of the Covid-19 vaccine at the Arts Council of Pakistan. She thanked the Sindh government for the arrangements.

News of her death rumbled on social media Friday morning as showbiz personalities and politicians paid tribute to the Tanhaiyaan writer.

Saddened to hear of the loss of our great writer Haseena Moin Sehba! (PTI) We grew up watching her spectacular serials like Dhoop Kinaray, Aahat, Ankahi,Tanhaiyaan, Kasak, Parosi & many more. She was my late mother's favorite writer. May ALLAH rest her soul in peace. Ameen pic.twitter.com/AOTvoB1eES

What a loss...Haseena Moin who created such world class life stories is no more...She gave women a new empowered strength and made Indian Bollywood pale in comparison....Her legacy will remain and remain...#Respect #Legend #RIP pic.twitter.com/lnLyK2Jx5r

Our Beloved Haseena Moin has passed away early morning today (26th March 2021)
May Allah swt bless her with the highest reward in Jannah pic.twitter.com/4O16ZbGoMH

The history of Pakistan Television can not be written without these two exceptionally talented & accomplished ladies, we lost in the span of 24 hrs.

They will always be missed. May Allah heighten their status in heaven.#HaseenaMoin#KanwalNaseer pic.twitter.com/grO1mymdjp

Haseena was born in Kanpur and received her early education in her ancestral region. She then moved to Karachi in the 1950s where she graduated from the Government College for Women earned a Master of Arts in History from Karachi University in 1963.

She had written several plays for stage, radio, and television, some of the writings have gained international repute. She was also the recipient of the Pride of Performance award for her services to the performing arts in Pakistan.