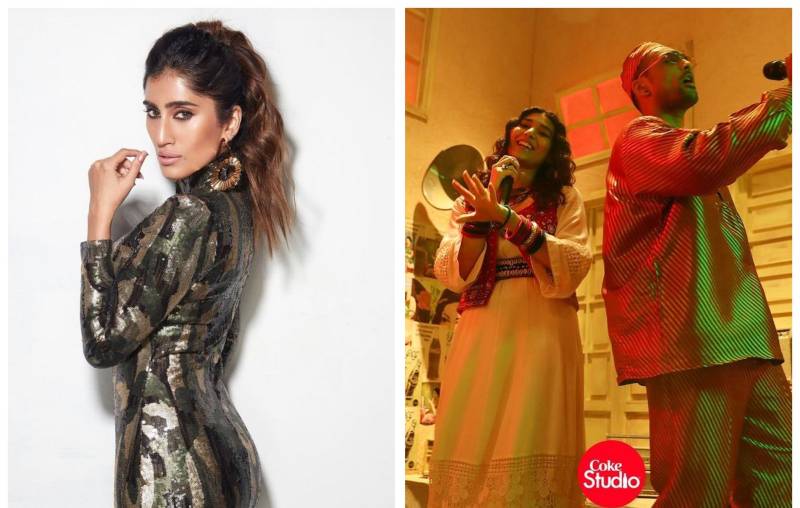 Bigg Boss famed Akasa is taking out a moment to celebrate the melodious Coke Studio's hit song from across the border as she recently showcased her adoration for Pasoori.

Showering praises on talented singers Ali Sethi and Shae Gill, the 27-year-old Indian singer left her massive fan following thrilled as she shared a video of herself singing her heart out.

Enthralling the audience with her melodious voice, the Naagin star serenaded everyone with her own rendition of Pasoori.

Propelled to unprecedented fame, Pasoori is hands down one of the most popular songs to come out of this season.

Sung by Ali Sethi and Shae Gill, the composition has been done by Sethi and Xulfi. The music has been produced by Abdullah Siddiqui and Xulfi.

Coke Studio season 14 has a plenty of spectacular offerings however 'Pasoori' is hands down one of the most popular ...