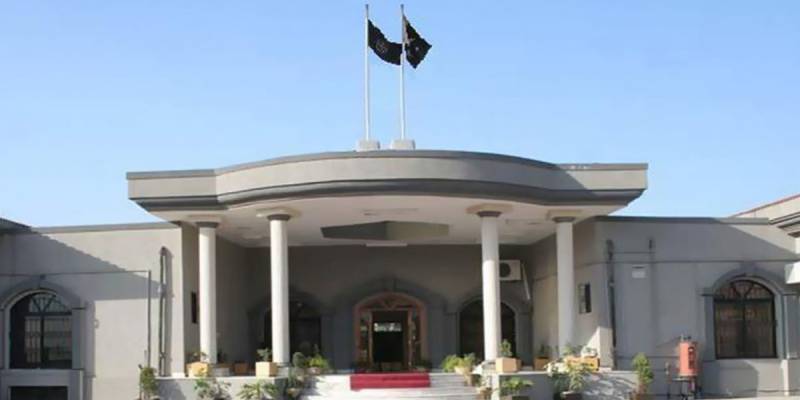 ISLAMABAD – Islamabad High Court Chief Justice Athar Minallah has ordered strict action against the JUI-F officials who staged a sit-in on Srinagar Highway in violation of the court orders.

He issued these orders while hearing a petition seeking contempt of court proceedings against the JUI-F activists.

According to reports, the capital administration and the district magistrate took a stand in the contempt of court petition filed against Maulana Abdul Majeed Hazarawi and Mufti Abdullah of the JUI-F.

The ICT administration apprised the court that the JUI-F had been threatening them with consequences through Ansar-ul-Islam.

The IHC chief justice ordered contempt proceedings against the local leadership of the Fazl-led JUI-F for not complying with the court orders.

Justice Minallah said in the order that causing obstruction, inconvenience, annoyance or damage to other citizens was an offence and the magistrate was empowered to pass orders to prevent such obstruction under the law.

He remarked that no one was above the law and said that political parties were not supposed to disobey the law and the lawful orders issued by the district magistrate. All political parties, which have been granted permissions/NOCs, are bound by the conditions mentioned therein, he added.

The court disposed of the petition after ordering the authorities to enforce the NOC conditions.

The development comes as Srinagar Highway is being blocked and a stage is being set for the JUI-F rally. The capital administration said that JUI-F's decision affects citizens' right to free movement and businesses.

ISLAMABAD – The interior ministry has decided to hand over the security of the capital’s Red Zone to ...

Earlier, a bench presided over by Chief Justice Athar Minallah made several observations on the plea seeking to stop rallies.

Interior Minister Sheikh Rashid Ahmed has also refused to allow any party to stage a sit-in in the federal capital.