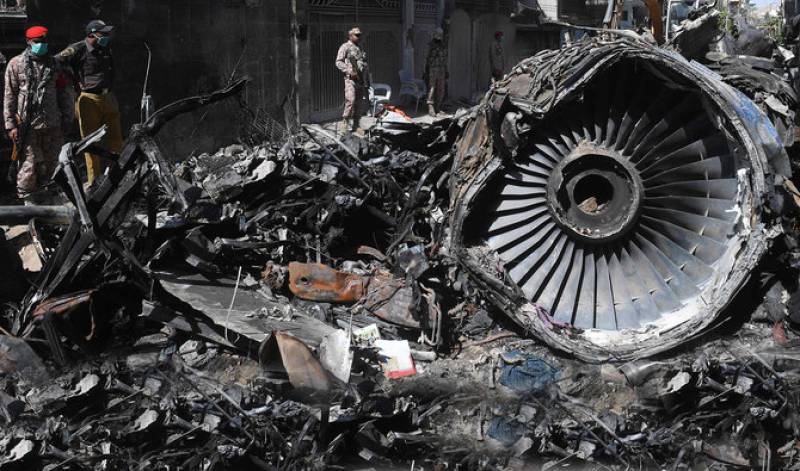 KARACHI - Aircraft Accident Investigation Board (AAIB) team has commenced its investigations into the Pakistan Air Lines (PIA) plane crash incident and is collecting evidences from the accident site to determine the cause of the crash.

According to a PIA spokesperson, a ten-member technical team, having expertise in handling queries regarding air crash incidents, has been attached with the investigations to support the investigation body.

The Spokesperson said government has expressed the desire that the investigation team should ensure impartial and transparent inquiry.

Meanwhile, out of 97 deaths in PIA plane crash, 39 dead bodies have been handed over to the families.

Remaining 56 dead bodies are held at two mortuaries and awaiting DNA match and identification which have already been commenced.