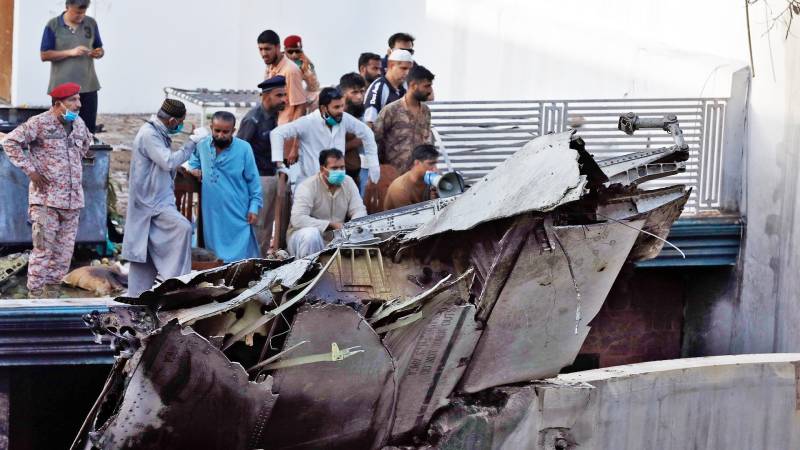 KARACHI – An investigative 11-member team of experts of an airbus company on Tuesday visited the incident site of PIA's PK flight number 8303 crash to find out the causes of tragic plane crash at Model Colony in Sindh capital.

The foreign experts team had earlier arrived from France to Karachi on Tuesday morning.

The team reviewed the wreckage of the plane at the site which claimed 97 lives and injured many. The team collected the evidences and also went around to the damaged houses affeced by the plane crash.

On the occasion, Aircraft Accident Investigation board (AAIB) members also briefed the experts about the plane crash.

Out of 97 deaths in PIA plane crash, 39 dead bodies have been handed over to the families. Remaining 56 dead bodies are held at two mortuaries and awaiting DNA match and identification which have already been commenced.