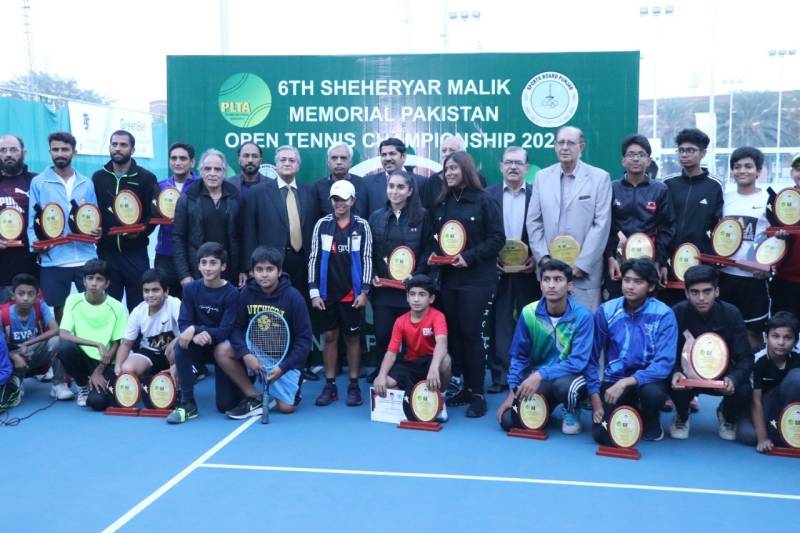 The boys U-18 title was claimed by Bilal Asim, who outlasted Mahatir Muhammad 6-2, 7-5 in the final. Hamid Israr/Nael Qureshi won the U-18 doubles title by outpacing Sami Zeb Khan/Hasheesh Kumar 6-2, 6-4. The boys U-16 title was clinched by Sheheryar Anees, who defeated Asad Zaman 6-4, 6-4 in the final.

Abubakar Talha/Zohaib Afzal Malik - one of the top junior pairs of the country – added another feather in their decorated cap as they grabbed the U-14 doubles title by beating Amir Mazari/Nabeel Qayum 4-0, 4-5, 10-7. Abubakar doubled his crown by beating Amir Mazari 6-1, 1-0 (rtd) in the boys U-14 final.

Minal Khan and Ahsan Mohsin Ikram to make an appearance on The Mirza ...