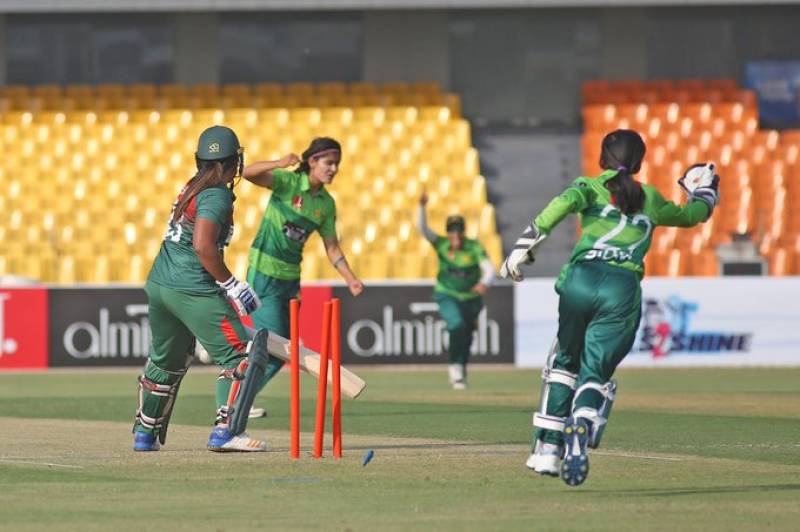 LAHORE – Pakistan women made history on Saturday by beating Bangladesh women by 14 runs in the first of the three-match T20I series at Lahore's Gaddafi Stadium.

Playing their first-ever international match at the home of Pakistan cricket, Pakistan elected to bat after winning the toss.

Captain Bismah Maroof and Omaima Sohail crafted a gutsy 60-run partnership for the third-wicket after Pakistan had lost both openers inside three overs with just 15 runs on board.

Bismah cracked 34 runs from 29 balls, hitting six fours, to be the top-scorer from her side, while Omaima scored a 36-ball 33 with four fours.

Batting at six, Iram Javed struck two sixes and a four for her 21 runs from 17 balls.

That Pakistan women were able to set a 127-run target for the tourists was due to Sidra Nawaz’s four fours from her five-ball stay at the crease. The wicketkeeper-batter scored an unbeaten 16. 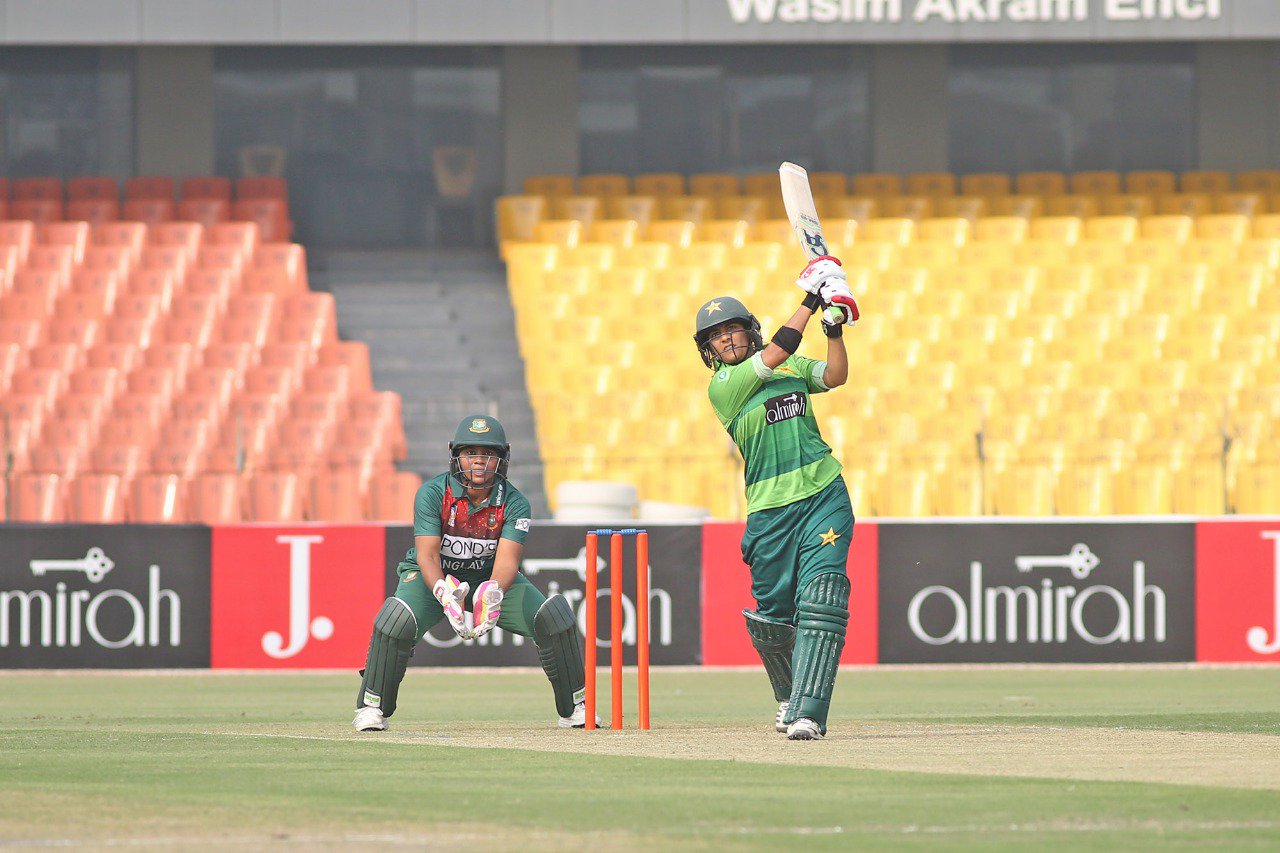 For Bangladesh, right-arm pacer Jahanara Alam picked up four wickets for 17 runs in her four overs.

Bangladesh struggled from the onset of their run-chase.

Their openers Shamima Sultana and Ayesha Rahman were back in the pavilion in 2.2 overs as the scoreboard read six for two. 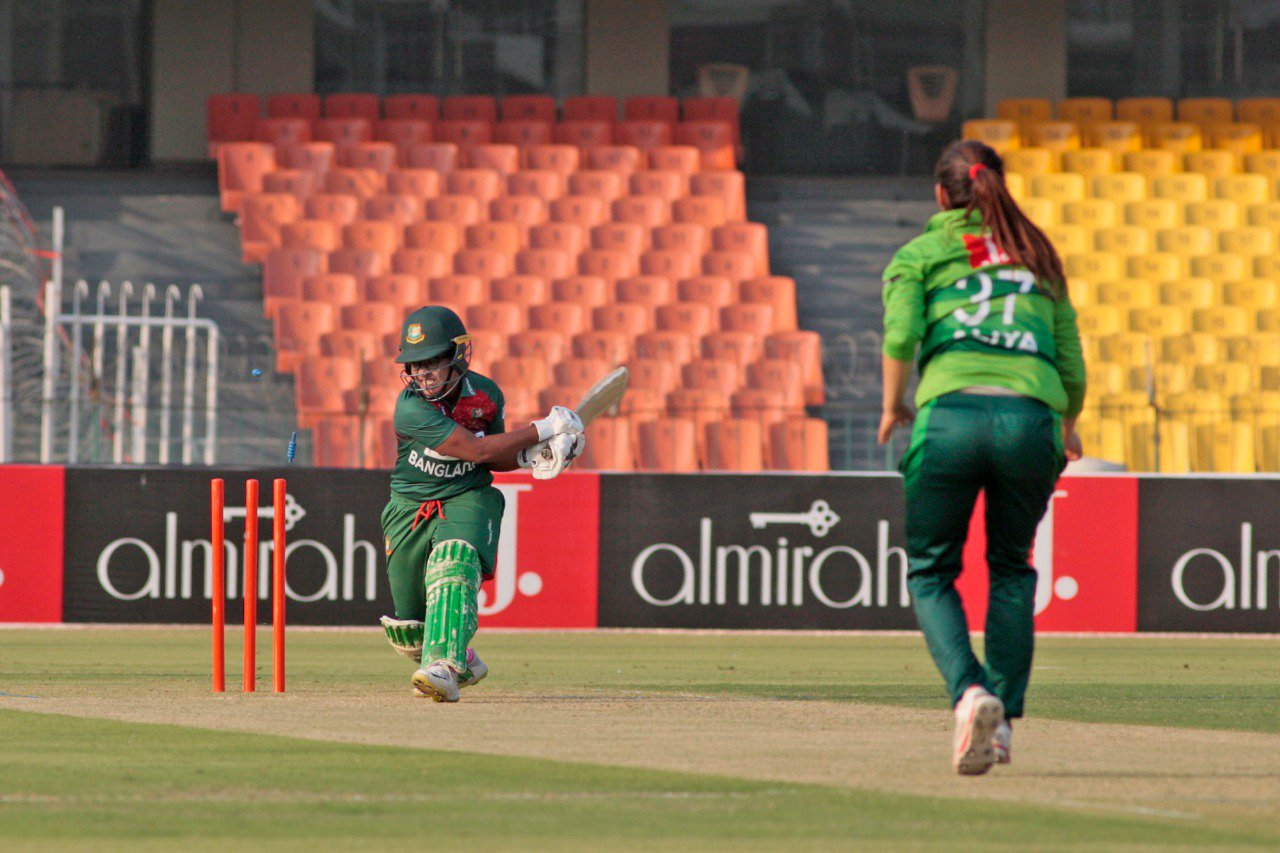 A 30-ball 50 – studded with six fours and two sixes – by Rumana Ahmed kept Bangladesh alive in the run-chase as the 28-year-old all-rounder batted till the last over.

She failed to receive the desired support from the other end with the wickets tumbling at regular intervals.

The next best score in the run-chase was from Nigar Sultana, who scored 17 from 30.

Marking her return to the national side, Anam Amin picked up two wickets for 13 runs in four overs, while all other bowlers picked up a wicket each.

Bismah, for her 34 with the bat and one for 26 with the ball, bagged the man-of-the-match award. 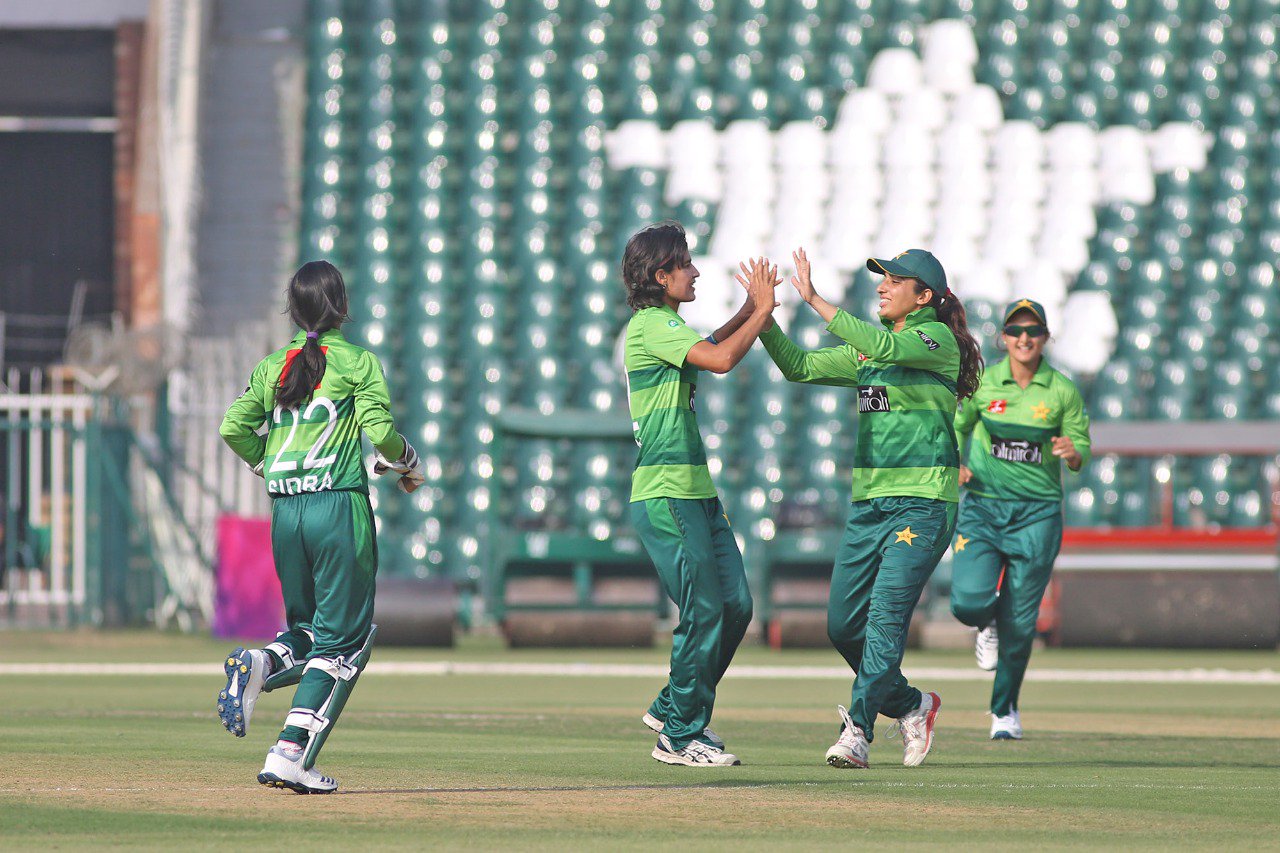 The second T20I will be held on Monday at the same venue and is scheduled to begin at 1000.