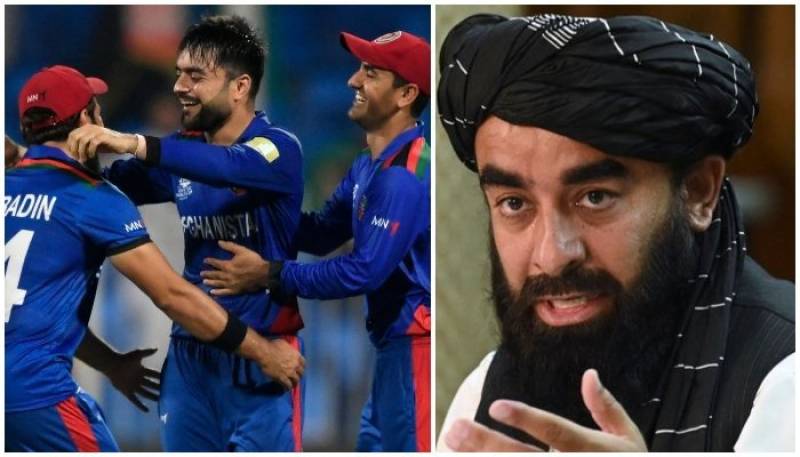 KABUL – The Taliban greeted the Afghan cricket team after they thrashed Scotland by 130 runs in the Super 12 stage of the ongoing T20 World Cup.

Taking to Twitter, Taliban Spokesperson Zabihullah Mujahid felicitated the team and wished them good luck for the rest of the tournament.

"Congratulations to all Afghans on the victory of the Afghan team in the ongoing World Twenty20, Mujahid wrote on Twitter.

It should be recalled that after the Taliban retook control of Afghanistan in August, the cricket team briefly faced the possibility of being banned from the tournament if the women's game was discontinued.

However, the Afghanistan Cricket Board (ACB) Chairman Azizullah Fazli later clarified that the Taliban-led government has not "officially" banned women's sport, especially cricket, as he turned down speculation's about the newly formed setup having problems with female participation in sports.

Fazli had said the Taliban had assured him there would be "no political interference" in cricket and other sports.

SHARJAH – Afghanistan defeated Scotland by 130 runs in the Super-12 campaign at Sharjah Cricket Stadium on ...